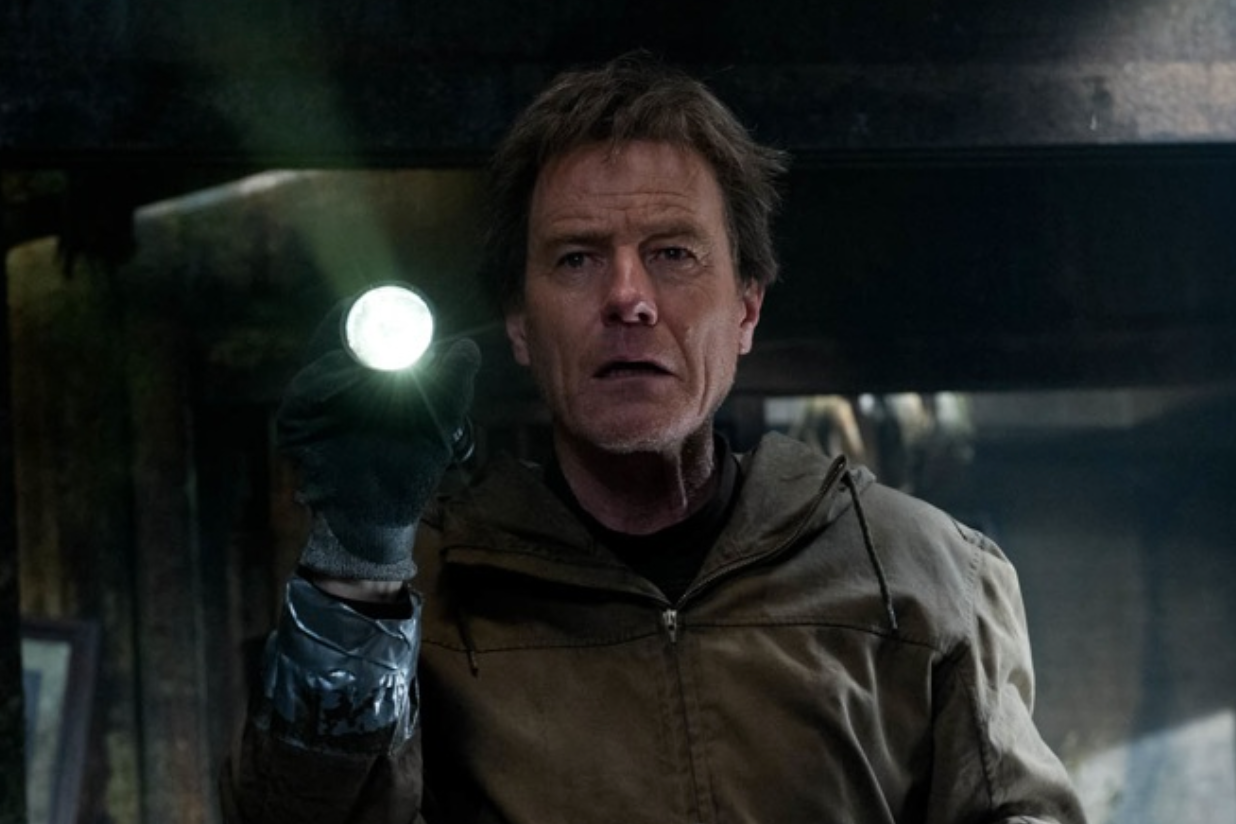 Not every summer movie season brings with it another adventure featuring a boy wizard or Batman.

No, this summer, Warner Bros. will launch a new series of franchises boasting giant lizards, Tom Cruise and futuristic science fiction — the most promising of which appears to be “Godzilla” from partner Legendary Pictures.

Footage from the monster movie received loud applause Thursday when it screened for theater owners as part of the studio’s presentation during the annual CinemaCon trade show.

Warner Bros. CEO Kevin Tsujihara made clear that the studio will be seeking to make 20 to 22 films annually, even as other studios scale back their production. “It’s a good opportunity to expand our footprint,” he told the crowd.

He then proved it as the studio embarked on a two-hour long marathon that saw Clint Eastwood, Johnny Depp and a very pregnant Drew Barrymore take the stage in Las Vegas.

“Godzilla apologizes he couldn’t be here to introduce the film … he’s in a play on Broadway,” director Gareth Edwards quipped before introducing a gripping segment that saw the scaly beast decimate the better part of the globe.

The film finds Bryan Cranston, Aaron Taylor-Johnson and Ken Watanabe leading a seemingly-hopeless effort to kill the gargantuan beast, who is glimpsed only fleetingly in shots of his tail, a footprint and collapsing cities. Legendary Pictures financed and produced the film, which Warner is distributing.

Also read: ‘Fault in Our Stars': How Shailene Woodley and an Oxygen Tube Re-Define Female Leads

Even Adam Sandler and Barrymore, on hand to hawk their new romantic comedy “Blended” sounded impressed. “It got Drew teary-eyed,” said Sandler.

It won’t be just blockbusters, Warner Bros. is hoping to maintain its status as the top grossing studio by fielding a number of mid-budget comedies, dramas and even a screen version of  the Broadway musical “Jersey Boys,” directed by Eastwood.

The footage screened was visually stunning, but the film’s plot was borderline incomprehensible. It apparently involves Mila Kunis playing a toilet-cleaning immigrant who learns she was destined to rule the universe. Channing Tatum wears Spock ears as her protector. The preview leaned heavily on audiences’ associations with “The Matrix,” while neatly avoiding any mention of “Cloud Atlas,” the siblings’ hugely ambitious epic that sank at the box office.

Warner Bros. seemed on firmer footing with “Tammy,” a road-trip comedy with Melissa McCarthy as a fast-food worker who loses her job working the deep-fryer after hitting a deer. Ben Falcone, her husband and “Bridesmaids” co-star, directs.

“It’s the first time ever I can now say I’m sleeping with the director,” McCarthy joked.

“Jersey Boys” with its nostalgic look at the formation, rise and break-up of The Four Seasons was well-received by exhibitors. As was “Blended,” which finds Barrymore and Sandler as two single parents drawn together on an African safari and “Edge of Tomorrow” a time and space-bending thriller with Cruise and Emily Blunt.

Perhaps the biggest film in Warner Bros. lineup isn’t due out for another nine months. That would be “The Hobbit: There and Back Again,” the final installment in Peter Jackson’s $4.5 billion grossing adaptations of J.R.R. Tolkien’s fantasy series.

Exhibitors were treated to a video greeting from the New Zealand based director and a look back at his six-part epic. New footage, aside from a few dramatic stares courtesy of Gandalf (Ian McKellen) and Bilbo (Martin Freeman) and a glimpse of a flying dragon, was scant.

Of course, theater owners, who fall on the side of commerce not art, were sold on Jackson’s vision of Middle Earth several mega-grossing installments ago.