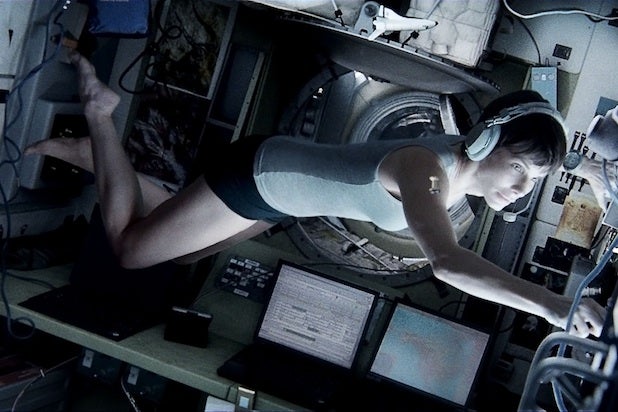 “Gravity” won in the Sound Effects and Foley category, the Golden Reel area that most closely corresponds to the Oscars’ Best Sound Editing category.

“Captain Phillips” won for its dialogue and ADR, “The Great Gatsby” for its music editing and the Disney animated film “Frozen” for music editing in a musical feature.

“Epic” won in a separate category for sound effects, foley, dialogue and ADR in an animated feature, while “The Grandmaster” and “The Past” both won awards for a foreign-language feature and “Dirty Wars” won for a documentary feature.

Oscar nominees in the Sound Editing category are “Gravity,” “Captain Phillips,” “All Is Lost,” “The Hobbit: The Desolation of Smaug” and “Lone Survivor.”

In the television categories, “Game of Thrones” won two awards, making it the only show to win more than one. “Breaking Bad,” “Sons of Anarchy,” “The Bridge” and the documentary “The History of the Eagles” also won TV prizes.

The ceremony took place at the Westin Bonaventure in downtown Los Angeles. Sound designer and rerecording mixer Randy Thom was given the MPSE’s Career Achievement Award, while the show also included a special tribute to inventor Ray Dolby, who died last September.

BEST SOUND EDITING IN LONG-FORM TELEVISION:
Music in a Musical: “History of the Eagles: Part One”
Dialogue and ADR: “The Bridge,” Pilot
Sound Effects and Foley: “Sons of Anarchy”: “Salvage”