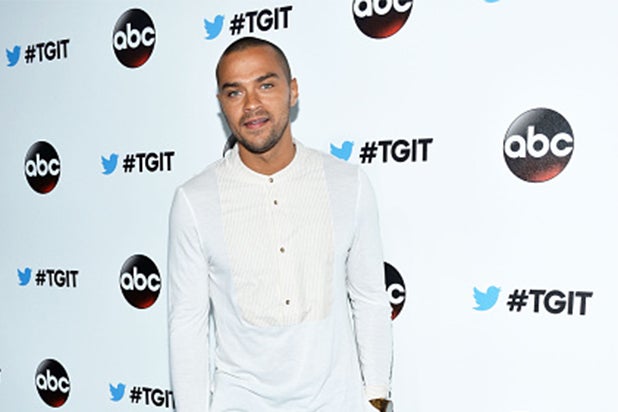 “What about black pain is so fun to you? From where is that joy derived?” Williams tweeted to his 785,000 followers.

The Chicago native then singled out what he considers tasteless costumes, including those depicting Trayvon Martin — the African-American teenager who was fatally shot by George Zimmerman two years ago in Sanford, Florida.

When #Halloween comes around, how exactly does dressing as Trayvon and other illustrations of black pain, make you feel? Please be specific.

We don't reflexively celebrate random or routine white death, make memes of your bleeding corpses, etc. Tell us about this unique obsession.

Millions of you smile in awe of our music, comedy, inventions, athletics, fashion, etc. but when we're not entertaining you, you hate us?

How does that work exactly?

This isn’t the first time Williams has used social media to voice his opinions about race. On Oct. 12, while taking part in the so-called “Ferguson October” protests in Missouri, Williams tweeted his concerns about the fact that Ferguson police officer Darren Wilson had not been charged in the shooting death of unarmed black teen, Michael Brown.

“A man sworn to protect & serve, shot an unarmed teen 6 times from a distance with witnesses & every gesture is being made not to charge him,” Williams wrote.

Days later, in an exclusive interview with TheWrap, he blasted police in the St. Louis area for their treatment of protesters.

“The cops were really, really nasty, unnecessarily antagonizing people. It really creates a  kind of plantation vibe — with people patrolling and literally in waves, beating their baton sticks against their hands, like they’re ready to deliver an ass whooping and enjoying it,” Williams said.

In the same interview, he criticized Hollywood for failing to cast more actors of color.

“We don’t need every movie and every TV show to have six white leads,” he told TheWrap.

Among Williams’ concerns — he singled out the 2014 films “Noah,” which starred Russell Crowe and the upcoming “Exodus: Gods and Kings,” which features Christian Bale and Australian actor Joel Edgerton.

“Instead of making all white ‘Noah,’ when it would be physically impossible for all those people to be white, or ‘Exodus’ when we know for a fact that the Egyptians were not white, Rhamses and Moses are all white, while the slaves and the servants and the thieves are black. That’s racism,” Williams said.