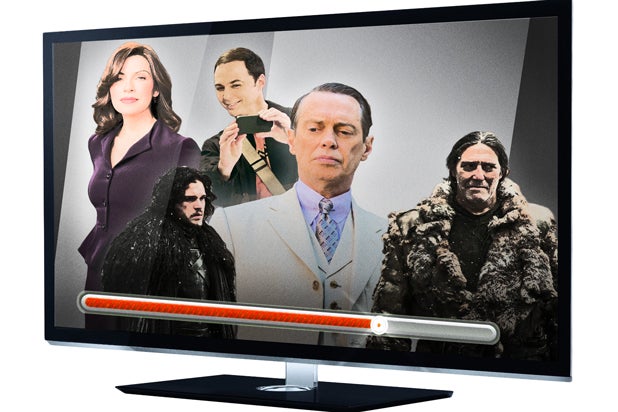 The news that both HBO and CBS are launching standalone paid streaming services is a sign that traditional media companies are finally stepping into the space dominated by Netflix. And others seem sure to follow.

“This is one of the strategic moves you can make when you control your own destiny,” CBS Interactive chief Jim Lanzone told TheWrap on Thursday of the launch of a $5.99 per month subscription service for shows from “Two and a Half Men” to “The Good Wife” to “Big Brother.”

This follows swiftly on the heels of an even bigger challenge to the streaming marketplace, with HBO chief Richard Plepler unveiling plans to sell HBO as a standalone service to the 80 million households who don’t have cable at all or choose not buy it as part of their cable package.

With millennials consuming their entertainment online and over mobile, these moves reflect a shift in the thinking of traditional media executives who have been slow to find a paid digital strategy beyond licensing their content to Netflix and other services.

That’s a significant change for content companies that had been holding back from the brave new world of paid digital.

As Plepler acknowledged at his announcement on Wednesday: “That is a large and growing opportunity that should no longer be left untapped… It is time to remove all barriers to those who want HBO.”

And in a perfect storm of streaming news this week, Netflix stock dropped about 20 percent Thursday after it met earnings, but subscriptions slowed to a “mere” 3 million last quarter, with fewer than 1 million here in the United States.

Meanwhile, Lanzone said CBS was “surprised” at the HBO announcement. “It was coincidental to our timing – we’ve had this launch date for a long time.”

That was not the only streaming news from a content company. On Sunday, Starz launched a subscription video service internationally, Starz Play, focusing on emerging markets in Asia and Africa. Although Starz has no plans to launch a similar service domestically, the strategy – capture the consumers who are not on cable – is the same.

As Starz CEO Chris Albrecht told TheWrap on Thursday: “Premium networks such as Starz provide immense value to distributors as an over the top offering on top of broadband services. We support more US and international distributors making these offerings available to consumers.”

Thus far, ABC and NBC have no plans to change their strategy, with their content available online and via their own apps, Hulu, Netflix and elsewhere. Fox, also on Hulu, had no comment.

But Showtime, owned by CBS, told TheWrap that the subject is on their mind:

“We are always looking at ways of expanding our audience and it is certainly something that we have been examining for some time,” said a spokesman. “The subscription model is ideally positioned to take advantage of developing technologies in the consumer marketplace.”

Unlike other networks, CBS has chosen to build a direct relationship with viewers for its content, opting out of the chance to be a co-owner of Hulu when that streaming company was launched.

The subscription decision flowed from there.

“It was from understanding the 25 million users of CBS.com and 10 million who have downloaded the app,” said Lanzone. “There’s a subset of those users who wanted access to a lot more content.”

Lanzone said CBS has been offering a standalone subscription service for “Big Brother,” where obsessive fans could watch it 24 hours a day. “That product was very successful – surprisingly successful. That’s now built into this product,” he said.

The price point of $5.99 remains to be tested, and HBO has not revealed what it will charge for its standalone streaming. The price for HBO as a premium cable add-on is generally in the $14.99 range, which is more than $8.99 for Netflix.

But clearly the trend is not going to go away, and “I think it’s inevitable” that the other networks eventually follow, said Robert Thompson, Professor of Television and Pop Culture, Syracuse University.

Millenials, he said,  “are not just ‘cord-cutters,’ some of them have never been attached to a cord in the first place,” and the 10 million broadband-only homes that HBO cited in its announcement “is only going to get bigger.”

“I’ve got to think that that [the over the air] model is not going to last. Eventually, we are going to pay for programming and programming services piece by piece,” he said. “Most of this stuff is going to be based on the internet model. But I don’t think that will be the exclusive taste for some time, because you’ve got an awful lot of infrastructure out there.”

Jethro Nededog contributed to this report