Mumbai-based matchmaker Sima Taparia, the disarming central figure at the heart of Netflix’s Emmy-nominated unstructured reality series “Indian Matchmaking,” doesn’t seem like she could change your entire life in one swoop. But as the eight-episode series depicts, she’s essentially the Mary Poppins of Indian courtship, only her endless bag of tricks includes preference charts, intuition and a whole lot of patience.

“I met Sima for personal reasons,” executive producer Smriti Mundhra says. “She was actually my matchmaker. When I was in my 20s, there was a lot of anxiety in my family about when I was going to get married. When I first met her, I think at that time I was too stubborn regarding the process, but I was just so captivated by her as a personality that I knew she would be a great subject for a TV show.” 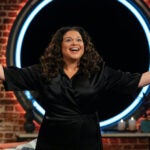 And if you’re a very savvy filmgoer, you might have even seen Sima Auntie (one of her monikers) before, as she was a pivotal supporting figure in Mundhra’s award-winning 2017 documentary “A Suitable Girl,” which also depicted young women in India grappling with marriage and taking that next big step. In the film, Sima’s daughter Ritu is actually one of the subjects, but “Indian Matchmaking”, keeps the cameras rolling in the United States, where the subjects come from places as urban as San Diego and as rural as College Station, Texas. And unlike her previous documentary, this series chronicles men as well as women, with a deep diversity even within the Indian community, such as a beatific Guyanese woman deemed “hard to match” because of her mixed heritage, and a teddy-bearish Austin schoolteacher harboring a potentially dark family secret.

“It was really challenging to cast Season 1, because it wasn’t like a formatted like a typical dating show,” says Mundhra, “and it wasn’t like a documentary where we were going to film for years and years and get into every crevice of people’s lives, it was something in the middle. And I think that was a challenge to explain to people that it wasn’t going to be this heavy-handed, exploitative thing.” 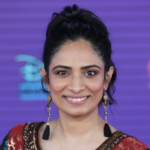 Mundhra instead took a very relaxed approach to filming, much like in her Academy-Award nominated 2019 short “St. Louis Superman” (co-directed with Sami Khan), which chronicled battle rapper, activist and elected official Bruce Franks Jr. in the wake of the Michael Brown shooting in Ferguson, Missouri.

“For this series, it took a lot of really sort of explaining to people and helping them understand what we were actually trying to do, that we weren’t looking for characters or stereotypes,” notes Mundhra, acknowledging that the laconic pauses and sudden rifts in conversation are not forced or nudged. “We tried to keep a pretty light footprint when we were filming dates, because it’s awkward enough as it is without having an entire crew standing there, we tried to stay out of people’s line of sight as much as possible.” 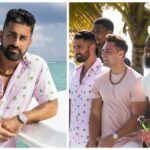 Also Read:
‘FBoy Island’ Contestant Divij Vaswani on How to Spot an ‘FBoy’ and His Hopes of Being the First Indian ‘Bachelor’

“Indian Matchmaking” has already been renewed for a Season 2, and the question on fans’ minds is how the various drop-in home visits by Sima might change in our socially distanced times, already a proven date-killer.

“I think there might be some adjustments that have to be made about how many scenes we film in public spaces where things are less controlled,” Mundhra says. “But people now have gotten really clever about producing nonfiction content during COVID, so I’m confident that we’ll be able to pull that off. I think the biggest challenge will be now sort of traveling outside of the U.S., which is inherently a big part of our shell, but we’re working on solutions for that.”

And what about “Indian Matchmaking” becoming an international series? Says Mundhra: “There are 1.3 billion Indian people, maybe more, scattered around the world in everywhere from Antwerp to Zimbabwe, so it would be wonderful and very authentic to the diaspora to expand our purview. But ultimately, Sima is our guide. She’s our through-line for everything!”

“Indian Matchmaking” is now available to stream on Netflix.