Viewers will probably know whether “I’ll Find You” is of interest just from hearing one typical line of dialogue: “No matter what happens,” our handsome Catholic hero promises his beloved Jewish girlfriend when the Nazis invade Poland, ‘We’ll always be together.’”

It’s not much of a spoiler to say that this World War II drama is also an unabashedly old-fashioned romance. But it’s nice to be able to add that — thanks to the expertise of director Martha Coolidge — it’s a particularly polished one. 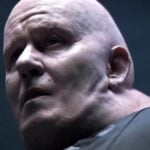 In time-honored tradition, they see each other as competitors and spend all their time sparring until they finally realize how much they have in common. They are inseparable for years, until Robert leaves to study opera in Italy, and Rachel is pushed, by her parents, into marrying the more suitable David (Jacob Ifan, “A Discovery of Witches”).

When Robert returns in 1939, Rachel realizes how much she still loves him, despite the fact that her whole family is preparing to join David’s in Switzerland. Tragically, the Nazis arrive just hours before the two can make their escape.

This leaves Robert distraught and alone, attempting to live up to the movie’s title. His strategies include joining the resistance, apprenticing to an opera star (Stellan Skarsgård) with connections to Nazis, and even performing at a concentration camp in hopes of locating Rachel. 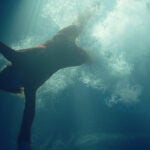 Suter, in his first major movie role, is unable to find hidden depths in a blandly written romantic interest, and Robert should really be the support rather than the lead. He’s not complex enough to carry the film’s weight, and his Zelig-like adventures give the Holocaust a feeling of suspenseful backdrop rather than surreal nightmare. It doesn’t help that the fates of nearly everyone he passes are almost impatiently brushed aside by writers David S. Ward (the legendary screenwriter behind “The Sting” and “Sleepless in Seattle”) and Bozenna Intrator in their single-minded advance toward the all-important finale.

Rachel’s experiences are similarly sanitized, but Clemens imbues the character with fuller emotion. And the pair do have strong chemistry, which may be the most important factor in what is, ultimately, a Nicholas Sparks–style saga.

Skarsgård is strangely underused, but Nielsen leads an appealing supporting cast that also includes Stephen Dorff as a Nazi general.  And the entire film looks great in a way that reminds us of Coolidge’s extensive experience, which ranges from indie classics like “Valley Girl” and “Rambling Rose” to the Emmy-winning “Introducing Dorothy Dandridge.” 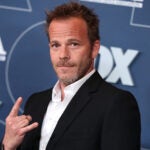 She clearly put a lot of thought and effort into production, making use of on-location sites like Poland’s beautiful Izrael Poznanski Palace, and drawing on resident talent for consistently striking mise-en-scène. She and cinematographer Alexander Gruszynski (“The Craft”) also evade the typical pitfalls of historical films, which are often too eager to draw our attention to period details in ostentatious and distracting fashion. Instead, the lush visual warmth matches the carefully researched costumes and uniformly first-rate art and production design.

The opera scenes are occasionally a bit jarring, with professionals obviously dubbing Skarsgård and Suter, but the music is deftly blended, and classical fans will embrace a keenly-assembled soundtrack composed primarily of performances from the Prague Philharmonic Orchestra.

The pandemic had kept the movie idling, like too many others, and at some point its original title “Music, War and Love” was downgraded to a generic substitute that would better suit a Hallmark movie. Perhaps it was changed to avoid disappointing anyone looking for an in-depth war story, but don’t be fooled: “I’ll Find You” is an ideal diversion for those who like their cinematic escapism with heavy doses of music and love.

“I’ll Find You” opens Friday in U.S. theaters and on-demand.