This year’s Oscar race apparently left the Film Independent Spirit Awards with no choice but to live up to that word independent in its name. And it did so with a vengeance in the nominations that Beanie Feldstein, Regina Hall and Naomi Watts announced on Tuesday morning.

Spirit Awards committees came up with a slate of nominees in which Academy Award contenders were few and far between: Maggie Gyllenhaal’s “The Lost Daughter” and Mike Mills’ “C’mon, C’mon” were nominated in the Best Feature category, but for the most part the slate was wildly different from what we’ve seen from other awards bodies so far this season.

Janicza Bravo’s “Zola” led all films with seven nominations, the Best Director category consisted of four women and one man, and the results could cast a spotlight on films like “The Novice” and “Wild Indian,” which have only been on the outskirts of the awards conversation. 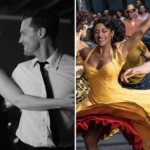 In a lot of cases, the results also showed that delegating different categories to different nominating committees can lead to wild inconsistencies. “C’mon, C’mon” received some well-deserved recognition after being largely overlooked by both the Golden Globe and Critics Choice Award voters, but its nominations came for feature, director and screenplay, with nothing for actors Joaquin Phoenix and Woody Norman. “The Lost Daughter” landed four major nominations, but its star, awards magnet Olivia Colman, was not one of them. Sean Baker’s “Red Rocket,” on the other hand, received nominations for star Simon Rex and supporting actress Suzanna Son, but nothing beyond that.

It was a slate of nominees where the only three films to be nominated for feature, director and screenplay were “Zola,” “C’mon, C’mon” and “The Lost Daughter,” and where the biggest contender that also seems to be a likely Best Picture nominee, “CODA,” could only manage a single nom, for supporting actor Troy Kotsur.

The nominations marked a stark change from last year, when “Nomadland” became the sixth film in the last 10 years, and the seventh overall, to go back-to-back with Spirit and Oscar wins, and when three of the five Spirit Award nominees in the feature, director, actor and actress categories went on to receive Oscar nominations.

But that kind of overlap was essentially impossible this year, because most of the top films vying for Oscars are ineligible for the Spirit Awards, either because they are not American (“Belfast”) or because their budgets are too high to qualify (“West Side Story,” “The Power of the Dog,” “King Richard,” “Dune,” “Nightmare Alley” and “Don’t Look Up,” among many others). 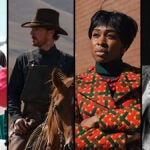 That’s not to say that we won’t see some familiar winners: “The Lost Daughter,” which swept the Gotham Awards in late November, now appears to be the odds-on favorite at the Spirit Awards, where for the most part voters seem drawn to the highest-profile nominees in each category. That’s good news for Gyllenhaal, and also for Troy Kotsur and for Simon Rex or Clifton Collins Jr. (“Jockey”) or Jessie Buckley (“The Lost Daughter”) or Ruth Negga (“Passing”) in the acting categories.

But it won’t leave voters an easy fall-back in, say, Best Female Lead, where the nominees are the defiantly independent lineup of Isabelle Fuhrman for “The Novice,” Brittany S. Hall for “Test Pattern,” Patti Harrison for “Together Together,” Taylour Paige for “Zola” and Kali Reis for “Catch the Fair One.”

So this year’s Spirit Awards, which will take place three weeks before the Oscars rather than the day before, will serve as a distinct alternative to the big show rather than a dress rehearsal for it. In a lot of ways, that’s a refreshing prospect.