Issa Rae condemned Hollywood’s efforts to save “The Flash” and Ezra Miller that she said in an interview released Thursday serve to “save [Hollywood] and protect offenders,” a situation the actress sees as a “microcosm of Hollywood.”

“There’s this person who’s a repeat offender, who’s been behaving atrociously, and as opposed to shutting them down and shutting the production down, there’s an effort to save the movie and them,” the “Rap Sh!t” creator told Elle Magazine. “That is a clear example of the lengths that Hollywood will go to to save itself and to protect offenders.”

Rae voiced her thoughts on the ongoing controversy surrounding “The Flash,” as Miller, who stars in the film, faces felony charges and abuse allegations yet remains involved with the production, most recently returning to the set in October for a day of pickup shots. 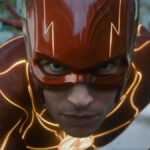 Also Read:
Ezra Miller Returns to ‘The Flash’ Set for a Day of Pickup Shots (Exclusive)

Five years after the initial shock waves of the #MeToo movement made their way through Hollywood, Rae urged the industry to do better so that women and survivors can “thrive.”

“So, don’t do that, and women may be able to thrive,” she continued. “They won’t have to live in fear of keeping silent because it’ll ruin their careers. It’s just a constant pattern of abuse that’ll only persist if Hollywood continues to insist on being this way.”

Despite being years past discussions prompting industry change, Rae says that “sadly, not much” has shifted since the genesis of the #MeToo movement, adding that the arena is “regressing, depressingly so.” 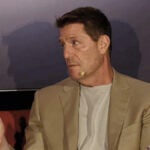 Also Read:
Kevin Mayer Says Disney Could Do Without ESPN and ABC (Video)

“There are just too many enablers for there to be real change. People have to be held accountable,” Rae said. “There have to be legitimate consequences. Hollywood is very bad about consequences. It’s literally the worst industry when it comes to punishing people for misdeeds and actions, because money will always reign supreme.”

However, Rae has gained agency by “control[ing] [her] own environment” and who she works with. “I can hold people accountable within my world and my bubble,” she said, adding “I don’t have to work for everybody.”

In August, Miller issued a statement apologizing for his behavior and announcing that he was “suffering complex mental health issues and have begun ongoing treatment.”

“Having recently gone through a time of intense crisis, I now understand that I am suffering complex mental health issues and have begun ongoing treatment,” the statement said. “I want to apologize to everyone that I have alarmed and upset with my past behavior. I am committed to doing the necessary work to get back to a healthy, safe and productive stage in my life.” 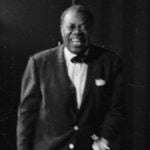