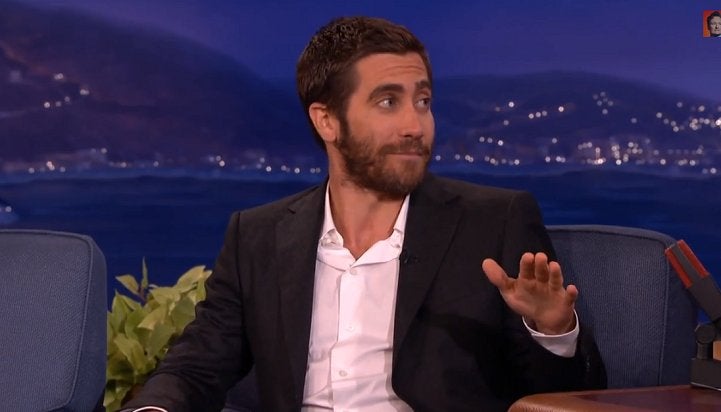 With Halloween coming Friday, the holiday was a topic of discussion among several guests across the talk show circuit on Thursday night.

Jayma Mays being woefully under-prepared for trick-or-treaters or Jake Gyllenhaal being painfully over-costumed by his enthusiastic father make for funny stories, but they also make for important cautionary tales.

Across the late night shows on Thursday, we picked up five important lessons to ensure that everyone has a happy and fun Halloween night.

Kids love playing dress up, and they love it when their parents get involved in their costumes. But there is such a thing as too much. Gyllenhaal’s dad went overboard every single year, and the “Nightcrawler” actor is still struggling with it. On “Conan,” he talked about the year his dad went all out and dressed him up as a house, complete with a working electrical system. While Dad was “so proud of himself,” young Jake struggled to hear, walk and endure the holiday.

2. Be prepared for trick-or-treaters

If you’re staying home, be sure you’re prepared for trick-or-treaters, even if you don’t usually get them. Otherwise, you’ll find yourself in a situation like Mays last year. She talked about it on CBS’s “The Late Late Show,” telling Craig Ferguson that she found herself scrounging around her house for something to give out, with one poor kid getting a box of almonds.”

On NBC’s “Late Night,” Seth Meyers ran down some typical dos and don’ts for designing a Halloween costume. His advice included exploring topical costumes, avoiding hot masks, and being aware of the temperature when choosing your costume. His don’ts really came down to one don’t. Don’t wear blackface. Just don’t.

4. Carving pumpkins is supposed to be fun, so don’t turn it into a competition

Carving pumpkins is supposed to be fun, so don’t take it too seriously. On ABC’s “Jimmy Kimmel Live,” they turned the tradition into a contest, which brought out the ugly and competitive side of Kimmel’s Aunt Chippy. Everyone has different levels of artistic skill, but carving pumpkins is about the spirit of the season and spending time with loved ones. Keep it light and have fun with it.

5. Absolutely participate in Jimmy Kimmel’s “I Ate All Your Halloween Candy” annual tradition

The kids aren’t a big fan of this annual tradition on ABC’s late-night show, but it certainly makes for some fun videos. Just be prepared for tears and anger … and probably don’t string them along for very long with this one. After all the trouble and stress you go through to make the holiday great for your kids, you deserve some fun of your own.