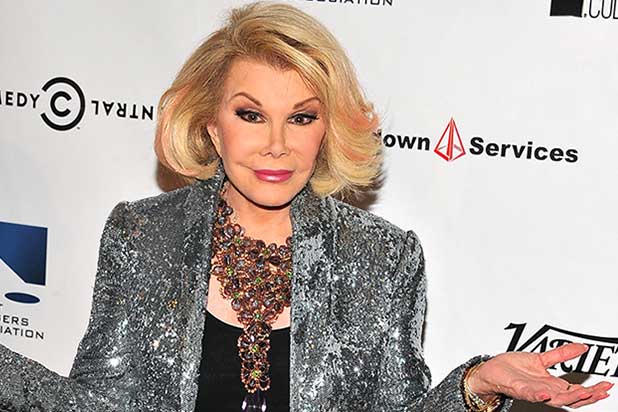 Joan Rivers plans on getting Apple’s iPhone 6, even if she won’t ever be able to use it.

The late comedy legend’s Facebook page was updated on Friday morning with a post raving about a “beautiful” and “badass” iPhone she purchased in 2010, which she planned to replaced with the iPhone 6 — a product Apple introduced to consumers on Sept. 9, five days after Rivers died.

“This badass is being replaced by an iPhone 6 (not the fat one),” the Facebook post read. “I got this one in 2010, and after 4 years, my only complaint is that apps are now designed for bigger screens, and the battery is getting tired. Never had a case for it, since it was the most beautiful on its own. Great achievement in design. Great product.”

The post was quickly deleted, but not quick enough to evade screenshots.

#iPhone6 so big, Joan Rivers came back from the dead to endorse it. #JoanRivers #JoanDay #iPhone pic.twitter.com/OIP1vgP7en

Apple has not yet responded to TheWrap‘s request for comment.