Less than a week after actor Johnny Depp won a $15 million judgment in a lawsuit against ex-wife, Amber Heard, Depp has thanked his fans for their support throughout the six-week trial in a post to social media.

“We did the right thing together, all because you cared,” Depp said. “And now, we will all move forward together.” The “Pirates of the Caribbean” actor posted to remind fans that as a group will have to continue forward after this event.

Throughout the post’s caption, Depp continuously thanked his fans for their loyalty, while the video posted includes clips of fans outside the courthouse and Depp in his recent performance with Jeff Beck. Depp identified the importance of his fans and their “unwavering” support before, during, and after the trial, by claiming audiences and his fanbase are his “employers.” 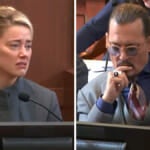 Heard responded to Depp’s message through a spokesperson.

“As Johnny Depp says he’s ‘moving forward,’ women’s rights are moving backward,” the spokesperson said in a statement to media. “The verdict’s message to victims of domestic violence is … be afraid to stand up and speak out.”

Depp’s social media post follows a celebratory statement released in the wake of the verdict, after jurors said the Depp and Heard defamed each other. Although, the verdict accounts for defamation on both parties, Depp was the bigger winner. The “Fantastic Beasts: The Crimes of Grindelwald” actor was awarded $10 million in compensatory damages and $5 million dollars in punitive damages by the jury, though the judge said he would apply a statutory cap of $350,000 to the punitive damages awarded to Depp. The jury awarded Heard $2 million in compensatory damages but gave her zero for punitive damages.

Heard has said she will be appealing the decision due to her inability to pay Depp the $10.4 million. While the legal battle between the two continues onward, their careers are entering unchartered territories. 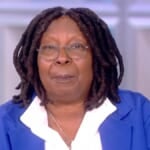