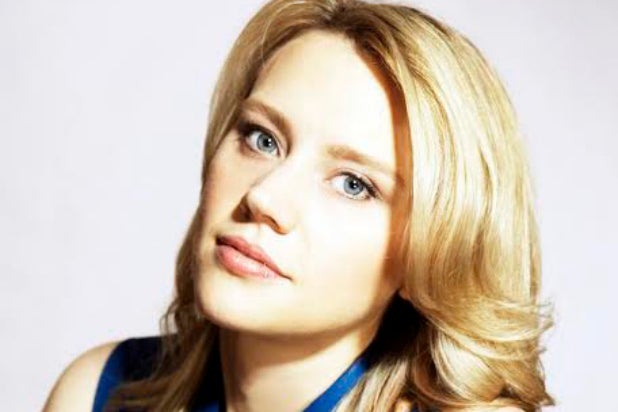 In case you can’t place her name, Kate McKinnon is the “SNL” comedian who does the hilarious Justin Bieber and Ellen DeGeneres impressions. Also, she’s played a key role in seemingly every viral moment from the long-running sketch comedy series over the last three years.

McKinnon was just rewarded in her third season on the NBC property with not one, but two Emmy nominations. The first is for Outstanding Supporting Actress in a Comedy Series, the second in the Outstanding Original Music and Lyrics category for her contributions to the music video “(Do It On My) Twin Bed.”

TheWrap: What was the toughest thing you had to do this season?
McKinnon: Stay up all night writing comedy.

What was the most fun thing you had to do this season?
Stay up all night writing comedy.

You’re an Emmy voter. You can’t vote for yourself or your show. Who’s at the top of your ballot?
Gotta go full “Veep.” That sounds like some kind of extreme skiing reference.

If you could play any other role on any other show, what would it be?
Can they bring back “Strangers With Candy?”

What was the last TV show you binge-watched? How many episodes did you see in a sitting?
I binge-watch “Law and Order: SVU” several times a week, and I could watch “Chopped” … to me “Chopped” is like a fireplace. It’s just comforting to have it there in the center of the room. There’s something primal about it.