Spoiler warning: This story contains spoilers for the entirety of “Last Night in Soho.”

Edgar Wright’s “Last Night in Soho” opens to a disorienting effect, not unlike awakening from a deep sleep and momentarily forgetting what day it is or where you are.

As Peter and Gordon’s “A World Without Love” blasts from a record player, we’re introduced to what is either a teenager’s bedroom in the 1960s or a shrine to the decade. Vintage movie posters plaster the walls, LPs are scattered everywhere and a girl dances around in a bouffant dress made of newspaper.

The girl in question is Eloise (Thomasin McKenzie), an aspiring fashion designer who fantasizes about living in 1960s London. Ellie typifies the “born in the wrong generation” meme that pokes fun at people who romanticize the “good old days.” When she looks into the mirror, it’s almost as if she’s imagining herself into the past.

Unlike most nostalgists, Ellie gets the chance to live out her dream when she leaves her small town to attend fashion school in the heart of London’s Soho district. After a bad roommate experience, she rents a room from an elderly woman named Ms. Collins (the late Diana Rigg) which, to her absolute delight, hasn’t been renovated in ages.

But Ellie’s dreams really do start to come true at night, when she dreams her way back in time to 1965. Her room belongs to Sandie (Anya Taylor-Joy), a glamorous young woman who seems destined for stardom. Sandie, a vision in pink chiffon and silver slingback heels, is Ellie’s ticket into a world she desperately wants to inhabit.

What follows is the film’s most dazzling sequence: a neon-drenched night out on the town, where Sandie steals the spotlight and wins the attention of a manager named Jack (Matt Smith). Meanwhile, Ellie is tethered to Sandie’s location, only appearing in mirrors or other reflective surfaces when Sandie is standing near one. 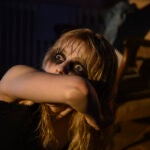 Though she is eventually able to move about more freely, this inspired bit of direction is the centerpiece of “Last Night in Soho.” Yes, the mirror represents, as Wright puts it, the danger of being “overly nostalgic about the past.”

But it also maps out what could have been a brilliant and refreshing take on female solidarity, if it weren’t for the film’s catastrophic ending.

It isn’t long before Ellie is rudely awakened to the perils of looking back through rose-tinted glasses. To remain in the good graces of the men who run Soho, Sandie must endure increasingly horrific acts of abuse and exploitation, including her coercion into sex work.

Ellie can only watch from the other side of the mirror as Sandie performs in humiliating costumes and entertains an endless merry-go-round of vile men.

The misogyny that Sandie faces is reflected in Ellie’s experiences. First, it’s in her interactions with a lecherous taxi driver and a stalkerish Silver-Haired Gentleman (Terence Stamp) who hangs around the bar where she works. Later on, it’s in the zombie-like apparitions of the men who cross over from the dreams into her waking life.

The message is crystal clear: gender-based violence is no less prevalent today than it was in the swinging sixties, and misogyny is a waking nightmare.

But “Last Night in Soho” has something more interesting to say when it comes to the relationship of its central characters. With the help of the mirror visual, Ellie and Sandie appear like sisters: Ellie admires Sandie’s sophisticated look, even copying her blonde fringe and white go-go boots.

But she also feels the need to protect her, even at the cost of her own sanity and safety. She tries to punch through the mirror, she tries to put herself between Sandie and the faceless men, she even tries to identify Sandie’s murderer even though it’s probably a lost cause.

Ellie’s desire to bring justice to Sandy – someone she’s never met, but can empathize with through her traumatic experiences – is Wright and co-writer Krysty Wilson-Cairns’ freshest idea. The mirror forms a bridge between survivors of the past and the present, an angle on solidarity that hasn’t been explored in other post-MeToo films. 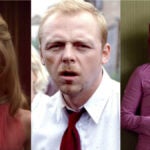 And yet portraying trauma and violence is not synonymous with critiquing it. The moment the screenwriters lose sight of this, that bridge starts to crumble.

After Ellie has a vision of Jack murdering Sandie, her bloody corpse – along with the zombie men – follow her everywhere. Finally, she can’t take it anymore and decides to leave Soho.

As she explains this to Ms. Collins over a cup of tea, the big twist is revealed: Ms. Collins is Sandie. The zombies are the souls of the men she murdered in revenge for exploiting her. And now, Ms. Collins says as the poison she put in the tea starts to take effect, Ellie will have to join them in purgatory.

This information sets fire to all notions of who is the villain and who is the victim(s). The zombie men who haunt Ellie 24/7? They’re not here to kill, just to beg her to save them. The old man who prowls around the bar, creeping her out to the point that she nearly gets hit by a car trying to avoid him? He’s not Jack, but a policeman who, back in the day, told Sandie that she “deserves better” – as if that justifies his behavior in the present. Even the murder was not as it seemed: it was Jack’s blood that drenched Sandie, not her own. 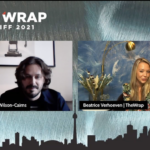 Also Read:
Edgar Wright Says ‘Last Night in Soho’ Is a ‘Cautionary Tale’ for People Who Are Too Nostalgic (Video)

Yet it isn’t Sandie’s bloody vengeance that makes her out to be the film’s cold-blooded villain. It’s the fact that she sets out to make Ellie (and her friend John, played by Michael Ajao, who rings the doorbell at a bad time) her final victims.

In this Jenga-like move, Wright and Wilson-Cairns knock over the relationship they have spent the entire film carefully constructing. Sandie is reincarnated as a stock villain who tries to (literally) sever her relationship with the woman who shares her trauma and tries to save her, repeatedly.

And unlike other rape-revenge films, Sandie/Ms. Collins does not get to own her crimes with a sense of justice. When a fire starts in the house, Sandie/Ms. Collins turns the knife on herself before deciding to let herself burn alive. She tells Ellie it’s “too late” for her, more or less a declaration that she deserves to die. 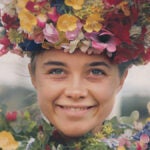 Also Read:
The 5 Most Disturbing A24 Horror Movies So Far

In the best films and TV shows on these topics – i.e. “I May Destroy You” – the rape-revenge fantasy is presented as just that: a fantasy. In real life, revenge hardly amounts to justice, and even when it does, it’s not a substitute for healing.

But others – especially “Last Night in Soho,” whose fantastical psycho-thriller universe gives it dramatic license to upend the logic of “the real world” – are primed to satiate that yearning for vengeance, offering a possibility of what could be.

Instead, “Last Night in Soho” fumbles the bag by turning the wronged woman into the villain and her assailants into victims. It offers an unconventional framing of solidarity through an unconventional friendship, until it completely turns its back on it.

While the film’s message that times haven’t changed rings loud and clear, its attempt to address violence against women is little more than smoke and mirrors.