Grammy winner and now multiple Emmy-nominee Lizzo must have been feeling good as hell last month when her debut streaming series “Lizzo’s Watch Out for the Big Grrrls” netted a whopping six nominations (including one for her hosting duties) and broke into a category that has had the same nominees for a great number of years now. And superstar casting director Lynne Spillman — who has found some of the most vivid entrants globally for shows such as “Survivor” and “Making the Cut” in the past — would agree that for this series’ unique casting call that placed plus-sized women at the fore, to put it in once again in Lizzo’s vernacular, it was about damn time.

“I love talent-based projects”, says Spillman, “because you get a good range of people with different backgrounds, yet with the same common interest. And that’s always really fun. But it was challenging, because you’re finding the personalities of the people you would hope would last for eight episodes as far as story goes, but also how to be good enough dancers to do it. On the same level, you also couldn’t have someone too good that would just blow everybody away.” 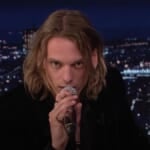 Viewers and critics alike found themselves drawn into the lives of the 13 women — all working out their own struggles with depression, anxiety and emerging out of a bullying past — trying out for a job as a backup dancer on Lizzo’s high-energy tour, with an emphasis on body positivity and overcoming self-doubt to show their stuff on national stages, and the turnout was considerable.

“We got 1000 people in the first day and I think we got pretty close to 10,000 [in total]”, says Spillman. “We had everything…some guys, we had skinny girls. But your job is to show them options that maybe they don’t want or weren’t even sure they want. But for someone like [fan-favorite] Jayla, who is trans which we didn’t really talk about, when she applied, we just said, “we have to do this, she can dance and she’s amazing, and Lizzo’s going to love her’. Lizzo was very involved every single step of the way, and wanted people that were going to get along, since they’re on tour 365 days a year.” 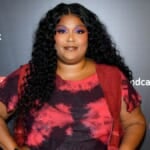 Another key to the show’s success is its unflinching dive into the girls’ obstacles, such as self-assured but also self-defeating Jasmine, who clashes with housemates, and other women, such as the restraint-raised Isabel and the morphing-into-confidence Sydney, all of whom have unpredictable journeys throughout. And best of all, the streaming home for “Watch Out for the Big Grrrls” meant you didn’t have to ever edit out Lizzo’s hallmark profane wisdom drops.

“I thought the same thing when I watched it on TV”, says Spillman. “And I liked that they can just be real and themselves and there’s no editing themselves. I love that about the show. But with casting, I always want them to be themselves. When they first went in for this, they just can’t believe they’re on TV. For these women during filming, it feels discombobulated. But they love how their stories are told and they aren’t embarrassed, even when filming in the “Naked” scene [with the nude photography]. We all message on Instagram and I know they’re all very happy with it, but they all have each other now and that’s the great thing.” 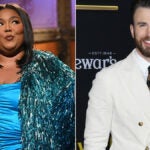 Also Read:
‘SNL’ Host Lizzo Addresses the Chris Evans Pregnancy Rumors – That She Made Up (Video)

The sad aspect of “Lizzo’s Watch Out for the Big Grrrls” is that it is a one-off series as there is only one tour to cast, however Spillman indicates that some kind of tangential follow-up in some manner with Lizzo at the helm is not out of the realm of possibility, though there is nothing in motion at the moment. Would she reteam with the “Good as Hell” goddess for it? “I would love it. They would love it. If we could come up with something, I’m sure of it.” 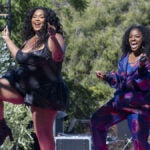 Also Read:
‘Lizzo’s Watch Out for the Big Grrrls’ Director Explains the Bright and Sexy Feel of the Amazon Reality Show