Family films rarely succeed at one level of storytelling, so it’s particularly impressive that “Luca” operates so well on multiple levels. For children, this is a story about friendship and being true to yourself and coping with parents who are afraid to send you out into the world.

For adults, it’s all that and much more; for LGBTQ+ audiences, in particular, the film offers a powerful metaphor about the closet, about “passing” as something that you are not and about finding the people who will love you when they finally get to know the real you.

That might sound like a lot of heavy material for an animated feature, but Pixar vet Enrico Casarosa’s directorial debut is as light and lovely as a long summer afternoon with a new friend and a cold lemonade. Or a limonata in this case, as the film takes place in an Italian seaside village in the 1950s, where Luca (voiced by Jacob Tremblay, “Good Boys”) and Alberto (Jack Dylan Grazer, “Shazam!”) dream of getting their hands on a Vespa so they can take off and see the world. 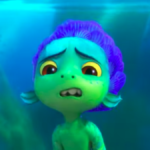 But Luca and Alberto aren’t like other boys: They’re sea monsters, who assume human form when they leave the sea and dry off. Alberto lives in an abandoned tower, collecting whozits and whatzits galore while waiting for his long-absent father to return, while Luca’s overprotective mother Daniela (Maya Rudolph) and father Lorenzo (Jim Gaffigan) have forbidden him from visiting the human world, insisting that it’s all far too dangerous.

Befriending Alberto teaches Luca about the joys of direct sunlight and gravity and walking upright, but if they want that Vespa, they’re going to have to help Giulia (Emma Berman) win the village’s annual triathlon (bicycling, swimming, eating pasta). As a smart girl who lives in town only during summers, with her fisherman father Massimo (Marco Barricelli), Giulia’s happy to make new friends to help her stand up to town bully Ercole (Saverio Raimondo). But in a town that prides itself on killing sea monsters, Luca and Alberto will have to go to great lengths to stay dry and keep their secret.

Screenwriters Jesse Andrews (“Me and Earl and the Dying Girl”) and Mike Jones (“Soul”) know their Pixar story beats, from the wild moments of physical comedy to a memorable animal sidekick — in this case, it’s Massimo’s cat Machiavelli, who has the same mustache as his owner — to the moving climax. While there are some recognizable Disney tropes at play (Ercole goes full Gaston during the “Who’s the real monster here?” ending), the narrative feels fresh, unfolding organically over the course of the summer and never feeling overly reliant on whether or not the boys win the big race. The writers certainly nail the big emotions of the piece, from a shocking betrayal to a series of satisfying, sentimental (get out your handkerchiefs) story beats that wrap up the film. 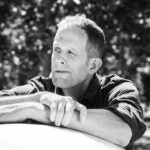 Also Read:
‘Soul’ Director Pete Docter on How Pixar ‘Thinks of Our Work as Indie Films’

Casarosa imbues “Luca” with a playful watercolor texture, with big-eyed character design (for humans and sea monsters alike) that’s immediately endearing. The townsfolk are often written as playful exaggerations — Giulia’s interjections, like “Santa mozzarella!”, generally involve cheese — but the village itself is a collection of familiar types, from the kids playing soccer in the town square to the kerchief-wearing old ladies who walk together in tandem.

“Luca” is sweet and affecting, capturing the bond that strangers can build over a summer, and how that friendship can endure. And like its shape-shifting protagonists, it’s got plenty going on beneath the surface. 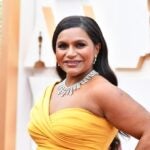