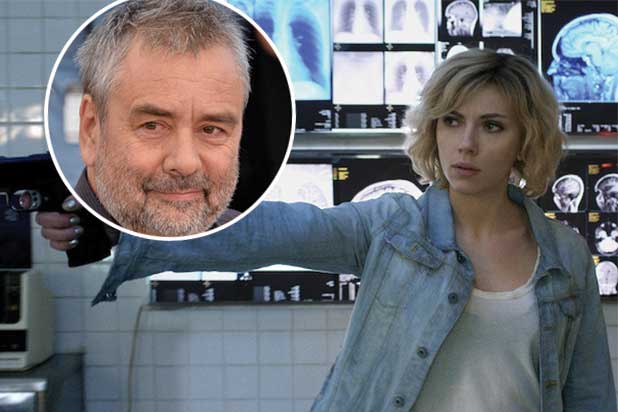 Days before the release of what could be the biggest hit of his career, Luc Besson is predicting the end of the human race.

“Life on the surface of the earth has disappeared seven times in history of the earth,” Besson told TheWrap. “Then life is back and this starts again for a couple of million years. It’s not like it can’t happen or it won’t happen. It’s happened before.”

To what do we owe our own destruction? Greed, an unexpected gripe considering its source: the most prominent filmmaker in France, co-founder of a movie studio and owner of a countryside mansion (among other properties). Besson has written and produced dozens of movies, launching the careers of Natalie Portman (“Leon: the Professional”) and Milla Jovovich  (“The Fifth Element”).

Many of those films emerged out of EuropaCorp, a filmmaking machine that Besson founded with his friend Pierre-Ange Le Pogam in 2000. EuropaCorp has created endless permutations of the action thriller — a crowd-pleasing, critically reviled genre that has driven the European box office for years.

Besson wrote the “Transporter” scripts that turned Jason Statham into an action star and the “Taken” scripts that reinvented Liam Neeson as a sexagenarian ass-kicker. Yet Besson did not direct either of those franchises, and his most recent movie, “The Family,” was a dud.

“Lucy,” which stars Scarlett Johansson, should surpass the box office take of “The Family” by the end of its opening weekend. Advance studio tracking projects it will gross $40 million on opening weekend in North America, and that figure could rise. The central conceit of the film, that a drug permits humans to access more the 10 percent of their brain, enables Johansson to control everything around her — metal, radio signals, humans and so forth. Her power grows as she accesses more of her brain.

This would seem an innocuous excuse to stage endless action sequences, but Besson claims “Lucy” has a larger philosophical message about humanity’s need to share the wealth — whether intellectual or monetary. This is one of many existential thoughts that dropped in the midst of dropkicks, and TheWrap spoke with Besson “from a tiny island in the middle of the ocean somewhere” a few days before the release of “Lucy” to find out what else is on his mind.

TheWrap: You write and produce several movies each year. How do you pick which ones you want to direct?
Luc Besson: I love to write; I can’t stop myself. I started at 16 years old; I wrote “The Fifth Element” at 16. I wake up very early, like 4 or 5 a.m., and I’m writing all the time. I can’t make five to six films per year, but I can write five to six films per year. I give it to friends of mine, people who are newcomers that are good.

If there’s a film where I feel like I can make the difference … ‘Lucy’ was one of them. I deeply wanted to do this one; I was too scared that they’d miss it.

What about it spoke to you?
I’m fascinated by the brain and human capacity. It’s exciting to make a thriller with philosophical messages.

Also, for the range of roles. Scarlett Johansson from New York. Morgan Freeman, he’s God. Min-Sik Choi, probably the best actor in Asia. Amr Waked, the guy who plays the cop, from Egypt. It’s exciting to have all these different people coming.

There is a philosophical bent to the action. What were you trying to convey?
Usually in films the villain tries to get the power. He wants revenge; he wants to kill, steal, conquer. It’s all about the power, and the good guy tries to stop him or her.

Here, there’s this girl who gets the ultimate power; you can’t have more power than she does. The first thing she says is, ‘I don’t know what to do with it.’ The professor tells her to pass it on.  There are lots of people who are very powerful around the world, and most of them are not using their power very carefully. They should just pass it on.

How are you giving it back?
I’m trying to give it back in my films. It’s a very modest contribution. I always try to be honest and free. I take my role as an artist very seriously. My job is to open doors. I don’t want to do Leon or Nikita all my life, Nikita number 12. I’d rather make some kind of French movie in black and white, even if it doesn’t work. At least I learn something from that.

So no sequel to Leon?
No, I never found an idea good enough. I don’t want to do a sequel for a sequel.

You’ve written a lot of stories with strong women at the center.  How does Scarlett compare to some of the other actresses you’ve worked with?
This is the first time where the main character is really normal. It could be you or me or anyone else. She’s in the street; she’s not very intelligent. She doesn’t have any particular skill. She’s partying too much. She has a boyfriend but not really. She doesn’t know what to do with her life.

All my female characters are special; they are not normal. This one basically could be a man.

One character in “Lucy” talks about how humans are obsessed with their own uniqueness. Is that a problem?
It’s not really a problem; it’s just the way we work. We feel like we are unique, and we base all our theory on this. The question is ‘what if there are no letters or numbers?’

When I talk to a professor about religion, one of them said to me, ‘It’s always good when you don’t know to think that someone knows.’ That’s the beginning of religion. In all religion, God knows.

Are you religious?
Not so much. I have a lot of respect for religion. If a religion makes you better then it’s worth it. I don’t like extremists and all those.

Lucy’s purpose seems to be the attainment and perpetuation of knowledge.
There are so many things we don’t know; on the scale of the universe, we are babies. I just hope that we access 12 to 15 percent very quickly before we destroy everything. Life on the surface of the earth has disappeared seven times in history of the earth.

Then life is back again and stars again for a couple of million years. It’s already seven times. It’s not like it can’t happen or it won’t happen. It’s happened before.

You think we’re headed in that direction?
Yeah.

Why?
Because today the biggest God around the world is money. That’s the worst God we can have.

Why does that imperil society?
We know that there is some energy that is very clean, and lots of counties around the world are not using it because for now it’s too expensive. What are we going to do if everything goes wrong? Are we going to eat money? Drink money?

[The publicist intervenes to end the interview]

Okay, we’ll have to fast-forward. How have you evolved as a filmmaker, future for your career and your company?
Two of my friends, we always say that we will be 80 years old. We want to be around the fire place, the three of us, and we will discuss the past and see what we have done. Maybe at this time I will start to smoke joints. I never did it in my life; I was too busy. I just don’t want it.

I will probably start at 80 years old.