For more than 15 years at ESPN, Matthew Berry became the face of fantasy football and is one of the major reasons why the game today is played by over 50 million people, evolving well beyond a sport of nerds toiling in newspaper box scores. It’s hard to imagine fantasy football getting more mainstream, but with a new gig at NBC Sports, Berry is prepared to take it to that next level.

In July, just at the start of fantasy draft prep season, Berry shocked the fantasy community by announcing his departure from ESPN. But one of his reasons for joining NBC Sports was that he could now become a face of NBC’s “Sunday Night Football” pregame show, “Football Night in America,” expanding the reach of fantasy sports to a wider audience than ever before.

“There’s a fantasy analyst on ‘Football Night in America,’ and not as, like, a one-off in a preseason game – not off to some side set because some sponsor paid for it,” Berry told TheWrap. “Everyone wants to have as big a platform as possible, and that’s as big as it gets. So there’s a selfish element here, but one of the appeals to me of taking the job is that I believed I would be able to help push the ball forward in terms of making fantasy coverage even more mainstream and accessible by having it be a part of a pregame NFL show.” 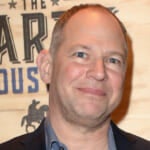 Berry is likely the first individual in decades to be a dedicated contributor discussing gambling or sports betting on a national sports broadcast of any kind since Jimmy the Greek predicted NFL scores throughout the ’80s. But he hopes that for the betterment of fantasy, he won’t remain the only one and that other networks follow NBC’s lead.

As he articulated in his preseason “Love/Hate” column, Berry explained that as his ESPN contract was expiring, being a part of actual NFL coverage was key for him as he explored the next phase of his career. And beyond NBC, he told TheWrap he had multiple meetings with other major rights holders to the NFL about expanding their coverage into fantasy, including ESPN.

Berry also made clear in his column that he did not want to give up his entrepreneurship opportunities to promote his many other fantasy-related businesses, something he would have to sacrifice at ESPN in his new contract. He had also factored in whether or not his future content, especially the popular “Love/Hate” column, could remain free to all readers, something that changed in recent years when ESPN+ launched. But it’s a move that he would’ve made himself if he were in ESPN’s shoes, he has no issue with a paid subscription model for fantasy coverage, even his own, and it certainly didn’t have anything to do with his exit from ESPN. 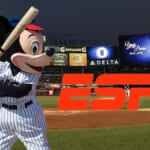 Also Read:
Why a Disney Spinoff of ESPN Would Be a Whiff | Analysis

“I want to be clear that I’m not throwing shade at them. I am a subscriber to this day. I’ve just re-upped my subscription,” Berry said. “Specifically, it was about ‘Love/Hate.’ ‘Love/Hate’ had been free for almost 20 years. When it went behind the paywall for ESPN+, I think a lot of fans felt betrayed by that, and I understood that just because it had been a part of their life for so long. And it went by the paywall at a time during the pandemic when money was tight for a lot of people. So I think ESPN, not that they care about my opinion, but I think ESPN has absolutely the right idea in terms of going direct to consumer with ESPN+. I think it’s a great product, and they’re super smart for them as a company. But just for me personally on that particular column, I just wanted it to be free. It wasn’t the reason that I left.”

As he has said perhaps hundreds of times in the last 15 years, Berry very much remains “a company man” to this day and left ESPN with “hugs and handshakes” all around. ESPN graciously gave him a touching press release send off and an emotional final episode with his 06010 crew of Field Yates, Daniel “Secret Squirrel” Dopp and Stephania Bell.

But like Tom Brady leaving behind the New England Patriots, Berry is excited to prove himself in a new environment and isn’t changing what people have loved about his work for years, reviving the Rotoworld brand and launching a new podcast called “Fantasy Football Happy Hour” that quickly hit No. 1 on the iTunes Sports Podcast charts. Read more from Berry’s interview with TheWrap below. 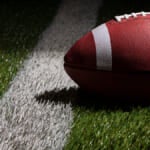 This conversation has been edited and condensed for clarity.

TheWrap: Congratulations on the new gig! How are you settling into the new role at NBC, and what have you noticed thus far in terms of people following you over to the new platform?

Matthew Berry: The new gig is going great. Absolutely love it here. You know, when you’re associated with one place for so long as I was, you never know what the reaction is going to be. And as I said to my wife when we announced that I was leaving ESPN, I was so blown away and overwhelmed by the love and support that came my way. It was truly touching. I said to my wife, “It’s incredible. I can’t believe I’m trending on Twitter, and I’m not dead or canceled.” It was really great and gratifying to see.

You mentioned in your preseason “Love/Hate” column that entrepreneurship was a big factor in your decision to move, to be able to support growing fantasy websites. Why is that?

And then lastly, I gave my word. As in, I sat in meetings and asked people to join me on this journey – whether it was fellow employees, whether it was contributors, whether it was investors – and said, this is what I’m trying to build, and it’s important to me, and I’m going to be with it. And I didn’t want to go back on my word that it’s important to me. So it was a very tough decision to leave ESPN. I’ve nothing bad to say about ESPN. It was a great run. But yeah, that was important to me. And as ESPN said in their release when it was announced that I was leaving the company, they basically said it themselves: Matthew approached us and said he wanted to pursue other opportunities, and after discussing with that view, we decided to allow him to pursue that. 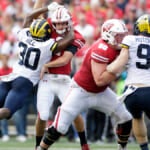 How does being a face of Sunday Night Football and being on an even larger, national stage change your work and your analysis to fantasy football moving forward?

It doesn’t. As I wrote about in my “Love/Hate,” it was important to me in my next contract, wherever it was, that I want to be part of NFL coverage. A lot of the conversations that I had were with the various stakeholders that are partners with the NFL, and that includes ESPN, obviously.

To be a part of “Football Night in America,” to not only be a part of a pregame and NFL studio show, but the biggest, pregame NFL studio show, the second highest rated show in all of television, second only to the game itself, is a dream come true. It’s a true, pinch-me, bucket list, never thought I would be there kind of moment for me. Literally when NBC offered that, my response was “When do I start?”

In terms of my work, I’m not going to adjust my work at all. I’m going to keep doing the same thing I do, and there’s two reasons for that. Number one is is that I think a lot of my appeal has been about trying to mainstream fantasy football, trying to make it as accessible as possible to as many people as possible. That’s always been a mantra of mine. When I got to ESPN, always throughout my career, I’ve always been about trying to get as many people to play fantasy football, to understand it, to enjoy it. But also, whether it is fantasy football or potentially things that would be of interest to people that bet on sports, whatever my content is, I believe those conversations are football conversations. And this is what I wrote in my “Love/Hate,” as well. When you’re talking fantasy football, when you’re talking sports betting, you’re talking ball. You’re talking NFL. It’s from a slightly different lens, but it’s not a separate conversation.

Over 50 million people play fantasy football. We’re not talking about some nerdy, niche thing anymore. Yeah, it’s as mainstream as possible. When you’re talking fantasy football, you’re talking NFL football. You’re talking about players and matchups and how you think games are gonna go, which is what every pregame show does. So not only am I not intending to change my approach, NBC hasn’t asked me to. NBC has been incredibly supportive and great. And they’ve said, “We like what you do, and we just want you to bring that to NBC.” They’ve never given me a note.

Have you ever heard of or met “What We Do in the Shadows” actor Matt Berry?

I’ve never met him. But I get his mail sometimes. I get his residuals. It’s very frustrating especially because for a while there we were both represented by CAA.

I’ve tried to straighten it out with the Screen Actors Guild a million times, and it never seems to work. Like sometimes I keep getting his residuals for the “SpongeBob Movie,” and I keep sending them back. I can’t tell you how many conversations I’ve had with them. Like, I’m not that Matt Berry. But because I have done some acting, I did a cameo in “Avengers: Endgame,” I was in “The League,” I’ve done a couple of commercials here and there, so I am a member of the Screen Actors Guild. So I guess I get some stuff sometimes that is intended for him. And vice versa. It’s checks for like, 50 bucks or eight bucks, all small stuff. So I’m very aware of Matt Berry, the actor.

Do you have any ambition to get back into screenwriting?

You know, never say never, as I would say. At the moment, I just don’t have the time. I enjoy the process of writing. When it comes to Hollywood, I just didn’t enjoy the, “You wrote a great script,” and then everything else was out of your control. And that was a very frustrating process for me. But I’m now part of the NBC Universal family. So if there was an opportunity to do something for Universal Studios specifically, that becomes really interesting to me. So who knows? Never say never. I’ve been here a week. 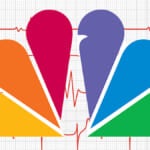