“Million Dollar Listing New York” has been delisted by Bravo, ending its nine-season run for the foreseeable future.

Bravo has put the New York edition of the franchise “on pause,” TheWrap has learned. The network had no comment.

By pausing the series, and not officially canceling it, the network leaves the door open for a possible return — as was the case when Peacock announced in 2021 that it was developing a “The Real Housewives of Miami” revival after the show stopped running regularly in 2014. 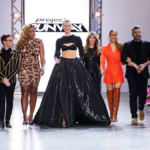 Also Read:
Bravo’s ‘Project Runway’ and ‘Below Deck’ Among Slate of Unscripted Renewals for the Network

“Million Dollar Listing New York.” which premiered in 2012 and ran for nine seasons, is a spinoff series of “Million Dollar Listing Los Angeles,” which debuted in 2006 and ran for 12 seasons. In its ninth season, which premiered in May 2021, the New York edition of the franchise followed the lives of luxury real estate agents as they navigated the real estate landscape during the height of the COVID-19 pandemic.

Its most recent season also saw the entrance of the show’s first female broker, Kirsten Jordan, who fought for her place alongside original cast members Ryan Serhant and Fredrik Eklund. Eklund also joined the “Million Dollar Listing Los Angeles” for its 13th season in summer 2021.

The franchise also had additional spinoffs in San Francisco and Miami, both of which ran one season. 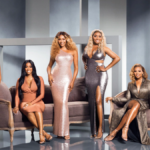