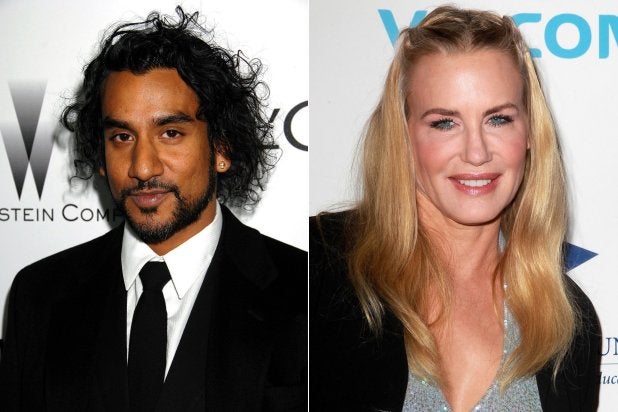 Netflix has fleshed out the cast for its ambitious science fiction drama “Sense8,” created by J. Michael Straczynski (“Babylon 5,” “Changeling”) and executive produced by Straczynski and the Wachowskis (“The Matrix,” “Jupiter Ascending”). It includes alumni from “Lost,” “Stargate Universe,” “Doctor Who,” and “Cloud Atlas.”

All three will serve as co-showrunners for the series, which is expected to premiere in late 2014 or early 2015. Along with the announcement of 14 cast members, additional details about the show’s plot have been revealed, though the roles the actors and actresses will portray have not been made public.

It’s up to fans to try and guess what roles Naveen Andrews, Brian J. Smith, Freema Agyeman, and Doona Bae will portray. The cast also includes Daryl Hannah, Tuppence Middleton, Aml Ameen, Max Riemelt, Alfonso Herrera, Tena Desae, Miguel Silvestri, Terrence Mann, and Jamie Clayton, according to media reports. Representatives for Straczynski and the Wachowskis, as well as the production company behind “Sense8,” did not immediately respond to TheWrap’s request for confirmation.

“Sense8” is about eight individuals scattered across the globe who find themselves inexplicably linked after a tragic event. Suddenly, their minds are linked, allowing them to communicate directly with one another, while also sharing their deepest and darkest secrets to the entire group.

Beyond the eight, there will be two other key players: Jonas, an apparently magical man who reaches out to the eight, and his evil counterpart known only as Mr. Whispers.

The 10-episode series will be shot in Berlin, Chicago, Mexico City, Mumbai, Nairobi, San Francisco, Seoul, and the UK. Like its international cast, it will be a true international production. Each episode is expected to focus heavily on one character, similar to “Lost.”

Much as he did with “Babylon 5,” Straczynski mapped out a five-season arc with the Wachowskis, he said in an interview back in February. At that time, he’d indicated the intention to sign the cast for five seasons. Details of the current cast deals are not known at this time.