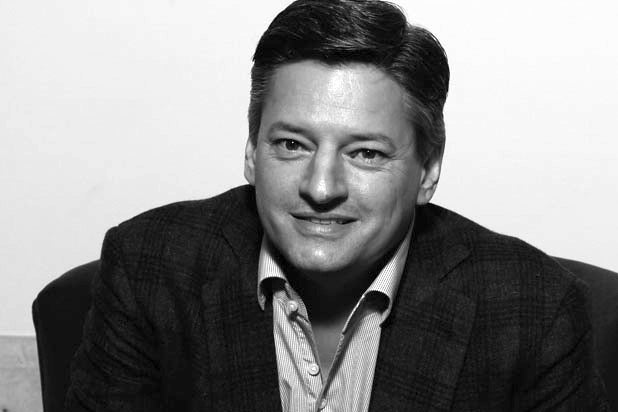 “Like television distribution a few years ago, movie distribution is stuck in old models,” Sarandos said. “A lot of models that the theater owners have kept in place are outdated,” he added.

The streaming service executive discussed the motivation behind his company’s move into feature films and Netflix’s expansion into Asia at the U.S.-China Film Summit at the Millennium Biltmore Hotel in Los Angeles Wednesday.

Appropriate to the theme of the conference, the hot topic was the sequel to the Chinese film “Crouching Tiger, Hidden Dragon.” The company caused a stir in Hollywood in late September when it announced that it would release the film day-and-date in conjunction with IMAX, with The Weinstein Company producing. Netflix also announced that it would finance four Adam Sandler films for release via their streaming service.

“It’s different for us, even as we’ve become very focused on television,” Sarandos said. “A third of all of our viewing is movies.”

Financially the company’s film projects represent just a drop in the bucket in terms of its overall spending strategy. Sarandos announced earlier this year that it would spend $3 billion on making TV shows and movies in 2014.

Also read: What Netflix’s Deals With Adam Sandler, ‘Crouching Tiger’ are Really About

Although he did note he wasn’t exactly sure how it would all play out.

“It’s a very well known piece of intellectual property,” Sarandos said. “This is a massive film … We’re really excited to have the world see it.”

Sarandos was confident that Netflix can consistently create content that will appeal to a global marketplace, regardless of which country’s content creators originally conceive of a project.

While Netflix may not have reached its peak penetration levels in the United States, it’s getting close, and the company’s primary growth potential lies in its ability to woo customers as the service rolls out in Europe, Asia and other overseas regions. Currently, three-quarters of Netflix’s 50 million subscribers are in the U.S., while the company has barely scratched the surface internationally, where 80 percent of the world’s Internet users live.

Sarandos cited India, China and Japan as major markets where American content isn’t king. Netflix is not currently in China and the executive noted that broadband penetration, broadband speed and payment methodology are major factors in deciding where to expand next.

“It’s a very complex operation market for foreign companies,” he said. “We’ll get there. We’ve got other fish to fry before we do.”

“It’s probably more about what people can see, not what they want to see,” he said.

While Sony Pictures Television has the rights to distribute “House of Cards” in China, Sarandos noted the popularity of the political show is evidence of Netflix content having a global reach.

“You have a very global desire around content,” Sarandos observed. “That gets reinforced for us when a show like ‘House of Cards’ becomes popular in China.”

“I think most people would have said that’s a very American show,” he said. “But it’s a very human show.”

Sarandos said that the show’s star Kevin Spacey became very famous in the country. The actor has a lounge show which he takes to China where he frequently interacts with Chinese fans of his character, Francis Underwood.

“Many people thought of Francis as a crusader against corruption,” laughed Sarandos. “I guess there was something lost in translation.”