By the end of June last year, 13 movies that would go on to receive Academy Award nominations had already premiered, including Best Picture nominee “Drive My Car” and the Oscar night’s big winner, “CODA.”

The first six months of 2022 don’t seem to be a particularly fruitful time for awards films, but it’s conceivable that a similar number of future nominees have already premiered. Between wide releases like “Top Gun: Maverick,” “Elvis” and “Everything Everywhere All at Once,” Cannes titles including “Triangle of Sadness” and “Three Thousand Years of Longing” and just enough international films, documentaries and animated features, a year that so far looks middling could end up supplying a handful or more of nominees, though at this point most of them are longshots.

Certainly, the vast majority of this year’s nominees will come from the second half of the year, and particularly from the stretch that begins in late August with the Venice, Telluride and Toronto Film Festivals. But Oscar nominees from the first six months of the year tend to show up in a few different categories, so let’s go through those one at a time. 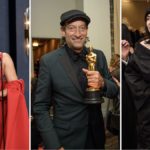 Best Picture
When “CODA” won the Best Picture Oscar in March, it became the first Sundance film ever to accomplish that feat, though far from the first to be nominated: Over the past decade, 11 Sundance premieres have received nominations, far more than any other first-half-of-the-year festival. But this year’s crop of films from Park City didn’t have any clear best-pic contenders; it’s more likely to supply some Spirit Award contenders, or to stir up some dark-horse acting candidates like Emma Thompson (“Here’s to You, Leo Grande”) and Dale Dickey (“A Love Song”).

Chances are better for a couple of major-studio releases, Paramount’s “Top Gun: Maverick” and Warner Bros.’ “Elvis.” It’s not easy to ride a January-through-June release to a Best Picture nomination, though “Black Panther” and “Get Out” have done it, and “Top Gun” in particular is the kind of action-heavy crowd-pleaser that rarely gets nominated outside of the craft categories. (Being a blockbuster hit might help a little, but box-office clout doesn’t typically carry much weight with Oscar voters.)

The Oscars have been getting quirkier and more international in recent years, which could help A24’s surprise hit “Everything Everywhere All at Once,” but that film’s delirious freneticism will be a tough sell for a lot of voters. And while the Cannes lineup has supplied eight Best Picture nominees in the past decade, including 2019 winner “Parasite,” all of this year’s entries are long shots. Palme d’Or winner “Triangle of Sadness,” an English-language film from Swedish director Ruben Ostlund, will no doubt have some passionate fans, particularly among international voters, but it’s got an awful lot of projectile vomiting and it’s probably best appreciated not on a screener link but in a crowded theater full of people going into hysterics at its escalating insanity.

David Cronenberg’s Cannes premiere “Crimes of the Future” is even more forbidding and creepy, while George Miller’s “Three Thousand Years of Longing” and James Gray’s “Armageddon Time” will need to make some noise in theatrical release before they’d seem to be likely contenders.

Best International Feature Film
Last year, three of the five international nominees had premiered by the end of June, which is pretty typical for a category that often draws from Cannes. (A board in each country chooses that country’s entry, and a berth at the prestigious festival helps.) The likeliest nominees so far might be Ali Abbasi’s “Holy Spider,” a harrowing drama about murder and misogyny in Iran; that country certainly won’t submit it, but Abbasi’s last film, “Border,” was submitted by Sweden and nominated by the Academy, which is definitely an option with this one as well.

Other strong international contenders include Park Chan-Wook’s “Decision to Leave,” a crime story/love story hybrid that probably edges out “Squid Game” actor Lee Jung-jae’s spy thriller “Hunt” among South Korea’s possible entries; either Felix van Groeningen and Charlotte Vandermeersch’s “The Eight Mountains” or the Dardenne brothers’ “Tori & Lokita” from Belgium (though the former was shot in Italy and is in Italian); Marie Kreutzer’s feminist historical drama “Corsage,” which could presumably be entered by Germany or Austria; and Maryam Touzani’s “The Blue Caftan,” from Morocco.

And Spain already has an interesting choice to make. Carla Simon’s rural drama “Alcarras” won the Golden Bear at this year’s Berlin Film Festival, but Gaston Duprat’s sharp comedy “Official Competition” stars Antonio Banderas and Penélope Cruz, which gives it a star power that few other films in the category could match.

Best Documentary Feature
Four of the five doc nominees in 2021 came out of the always-strong Sundance doc lineup, so it makes sense that that festival has already supplied some strong contenders this year. They include Shaunak Sen’s “All That Breathes,” which also played in Cannes; Daniel Roher’s “Navalny,” which won the festival’s top audience award; Tia Lessin and Emma Pildes’ timely “The Janes,” set in the days before Roe v. Wade; Paula Eiselt and Tonya Lewis Lee’s “Aftershock”; Sara Dosa’s “Fire of Love”; and Ben Klein and Violet Columbus’ “The Exiles,” which won the grand jury prize in the U.S. Documentary Competition.

And Brett Morgen’s immersive David Bowie doc “Moonage Daydream,” which premiered in Cannes, is the kind of bold film that typically makes it to the Oscar shortlist but doesn’t get a nomination; maybe Bowie will be reason enough for voters to become more adventurous.

But “Turning Red” and “Lightyear” don’t have the awards buzz that recent Pixar films like “Soul” and “Toy Story 4” did, and the brand feels devalued by Disney’s decision to stream many of its recent films (including “Turning Red”) on Disney+ almost immediately. Still, it’d be a surprise if one of those films didn’t make the cut, while other animated films possibly in the running include DreamWorks Animation’s “The Bad Guys” and Richard Linklater’s semi-autobiographical fantasia “Apollo 10 ½,” assuming that its technique (lots of animating on top of live-action footage) meets Academy rules.

Other categories
In the acting categories, Austin Butler is the closest thing to a likely nominee for “Elvis.” Other worthy performances that will take work to make them more than long shots are Adam Sandler in the sports drama “Hustle,” Michelle Yeoh in “Everything Everywhere All at Once” and, as mentioned earlier, Emma Thompson in “Good Luck to You, Leo Grande” and Dale Dickey in “A Love Song.”

In the below-the-line areas, “Top Gun: Maverick” is certainly in the running for sound, visual effects (assuming Tom Cruise and his pals didn’t do all that flying themselves) and the like, while Warner Bros.’ “The Batman” might also have a shot of showing up here and there.

So yes, the Oscar race has begun, and maybe we’ll see some of these movies at the Dolby Theatre next March.

But to be honest, this is just the tip of a large and crazy iceberg, and things won’t really get serious for another two months. 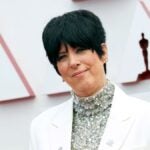 Also Read:
Diane Warren to Finally Get Her Oscar – an Honorary One, After 13 Losses