Verdict: The 1964 novel by Christopher Isherwood is by all reports virtually unfilmable, but fashion-designer-turned-director Tom Ford has turned it into an elegant, stylish tone poem about despair. Colin Firth, as a gay schoolteacher in the early ‘60s, mourns his recently-deceased partner of 16 years, half-heartedly confides in his longtime pal Julianne Moore, avoids the neighbors and engages in mild flirtation with a couple of younger men, all the while luxuriating (or is it marinating?) in his sense of loss.

The film moves to a languid, deliberate pace; it’s beautifully composed and shot, gorgeously designed down to the last detail, very sad, and very gay, regardless of what the Weinstein Company’s re-edited trailer would have you believe. An enormously impressive debut for Ford, the film may be a bit too austere to connect emotionally with a broad audience … not that it’s meant to. I also found it odd that people kept telling Firth how terrible he looks – in Tom Ford’s universe, as far as I could tell, none of the men look terrible. (At his worst, First is a little drawn and gray, but no worse than most of us on a Monday morning.) Julianne Moore, on the other hand, is a delightful Technicolor illustration of blowsy.

Oscar chances: I don’t think that the problem faced by ”Brokeback Mountain” – that some more conservative Academy members may have simply refused to see it because of its gay theme – will affect this film. But since it’s unlikely to become the kind of phenomenon that “Brokeback” was, it’ll be easier for reluctant voters to avoid it without having to make any conscious decision to do so. Firth will almost certainly get a nomination, and likely Moore as well; nods for art direction and other craft categories could easily follow. Best picture is trickier – although with 10 slots, it’s certainly conceivable. 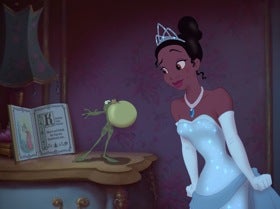 “The Princess and the Frog”

Verdict: Exactly as advertised: an old-fashioned, 2-D, classic Disney animated film in the vein of “The Little Mermaid.” The setting, New Orleans, is rich and evocative; the music, by Randy Newman, hits upon jazz and R&B and gospel and Cajun and all the other strains that came down the Mississippi or across the Caribbean to the Crescent City; the villain is appropriately creepy; and the talking animals, of course, are cute.

The problem is that what seemed fresh in 1989 seems awfully dated in 2009, and “old-fashioned” just doesn’t feel like a compliment in the face of much fresher animated fare like “Up” or “Mary and Max.” From the heroine’s pro-forma statement-of-purpose ballad to the gospel rave-up, Newman’s music treads very familiar territory, as does the follow-your-dreams message and the magical, redemptive ending. And while it’s admirable that Disney now has a princess of color, why hasn’t anybody pointed out that the film’s four Cajun characters – a good-natured but dim firefly with about five teeth in his mouth, and three sub-moronic hunters – embody some enormously offensive cultural stereotypes?

Oscar chances: If the short films and feature animation branch has a traditional streak, or if Disney still wields enough clout, it certainly has a strong shot at one of the five animated-feature nominations. And there’s plenty of precedent for songs from this kind of movie being recognized; I suppose “Down in New Orleans” and “Almost There” are among the top contenders, though most of the songs are a little too familiar to stand out. Overall, though, I just wonder if the voters really want to make nostalgia this much of a factor in their decisions. 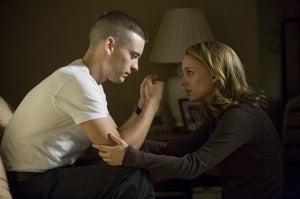 Verdict: The rapturous reception at early screenings gave director Jim Sheridan’s film some genuine awards heat and prompted Lionsgate to launch an Oscar campaign. But “Brothers,” a remake of Danish director Susanne Bier’s 2005 original, is not a film that should be burdened with hype or high expectations; it’s an uneven, sometimes melodramatic, occasionally effective look at the way war leaves as much carnage on the home front as on the battlefield. Despite impressive moments of frayed-nerve intensity, there’s precious little subtlety here, and way too many clichés.

Natalie Portman is steady as the wife left behind when her soldier husband goes missing and is presumed dead, but Tobey Maguire’s haunted, wild-eyed returning soldier is over-the-top. For my money, the strongest (and subtlest) performance comes from Jake Gyllenhaal as the ex-con who finds a quiet redemption of sorts in his brother’s absence.

Oscar chances: Guild audiences have reportedly been welcoming, but early reviews are mixed and I’d be surprised if the film gets much traction in the awards race. Maguire and Gyllenhaal may have outside shots at nominations, though the strongest shot might rest with U2’s closing-credits song, “Winter,” which could probably use more of a hook and a chorus to survive the music branch’s nominating process. 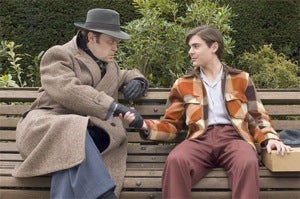 “Me and Orson Welles”

Verdict: Set during the week in 1937 when Orson Welles’ Mercury Theater Company launched a groundbreaking production of “Julius Caesar” that revolutionized Broadway and sealed Mercury’s reputation as theatrical pioneers, Richard Linklater’s film follows a 17-year-old high school student who becomes part of the production and observes Welles’ mercurial genius up close. Zac Efron is creditable enough as the student – but just as Welles reportedly dominated everyone around him, so does newcomer Christian McKay’s staggering performance as Welles tower over everything else in the film.

Linklater, working in a dramatically different genre than his usual fare (be that “Slackers” or “Before Sunrise” or “A Scanner Darkly”), nicely conjures up a 1930s Manhattan but for the most part quietly sets the stage and lets McKay do his work. The actor captures not only Welles’ look, but also his voice, his imperious manner, his charisma. It’s a bravura performance, delicious and sly and funny and volcanic, and it lifts a modest and likable film into a grandly entertaining one.

Oscar chances: Clearly, its best bet is a supporting-actor nod for McKay. The question is whether enough actors-branch voters will see the film; it’ll play just fine on DVD, but there’s no guarantee that it’ll be plucked out of those piles of screeners as they continue to grow. Word-of-mouth, though, could be enough to attract voters – and if they see it, McKay could be undeniable. 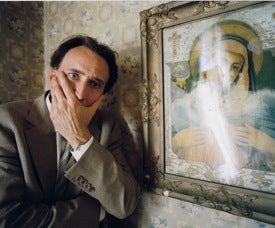 Verdict: Wild-eyed when he’s not nodding off, Nicolas Cage’s title character has a lucky crack pipe, a hooker girlfriend (heart of gold? you betcha), a gambling problem, assorted addictions and the vaguest imaginable grasp of things like ethics. Cage revels in all of this, as does director Werner Herzog, who plays the crooked-cop-in-trouble tale straight for much of the film but can’t resist occasionally veering into bouts of true dementia. (Iguana hallucinations, anyone?)

It’s not a great Herzog film, and the director knows it, but it’s an entertaining cocktail of bile and debauchery, blackly humorous and addicted to its own ugliness. Cage and Herzog deserve each other – or, perhaps, it’s more accurate to say that a project this deliriously perverse deserves the both of ‘em.

Oscar chances: Its one shot is a best-actor nod for Nicolas Cage. But c’mon, really? He’s certainly impressive in his single-minded pursuit of derangement, but it’s hardly the sort of extremity to which the Academy responds. In a crowded category, it’s hard to imagine the film not scaring away more voters than it attracts.

“The Last Station,” “The Men Who Stare at Goats,” “The White Ribbon,” “Amelia,” “Michael Jackson’s This Is It”

“Where the Wild Things Are,” “Fantastic Mr. Fox”

“An Education,” “A Serious Man,” “Capitalism: A Love Story,” “Bright Star,” “The Informant!, “The Imaginarium of Dr. Parnassus”