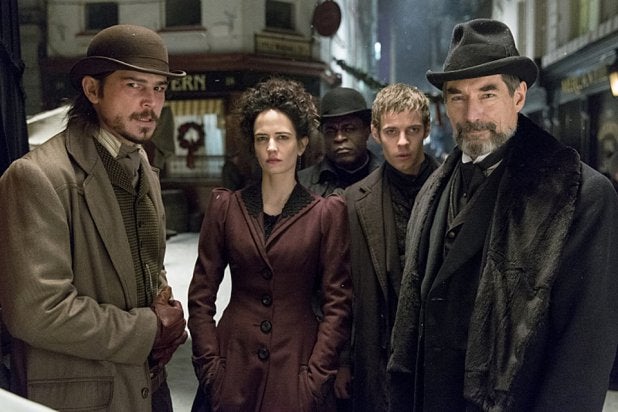 Showtime’s “Penny Dreadful” wrapped its first season much as it began, with ratings almost identical for its finale and its premiere.

Also read: ‘Penny Dreadful’ Season Finale: Why the Werewolf Is Kind of Special

“Penny Dreadful” premiered with 1.43 million total viewers across its premiere night back on May 11, which included the extra promotional push of being part of Showtime’s free premiere weekend. The premium network didn’t factor non-subscribers into those premiere figures, though.

Shortly after its strong premiere, Showtime renewed the series featuring some of Victorian London’s most famous literary characters for a second season. With such ratings consistency across its 8-episode first season, the series clearly earned that show of faith.

“Penny Dreadful” has averaged just shy of five million viewers per week across all platforms, which includes Showtime on Demand and Showtime Anytime.