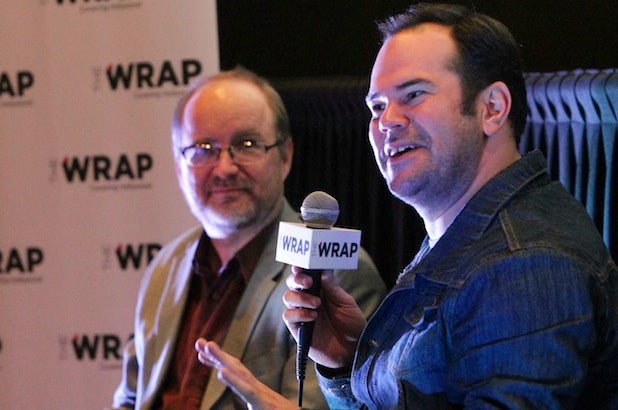 Although “Porcelain Horse” depicts in unflinching detail the deterioration of an affluent family after its sons succumb to freebase addiction, writer-director Javier Andrade admits that he was simultaneously enchanted and provoked by the Ecuadorian drug culture that inspired his fiction debut.

“There was a huge sort of drug culture that I was really sort of impressed by when I started to go out,” Andrade told TheWrap’s Steve Pond. “And it seemed like a metaphor for something that was lacking. And I thought, if I could make a film about corruption, it would be an interesting place to start with personal corruption, and then expand that idea of corruption to the political and social arena.”

Freebase isn’t a drug that’s frequently discussed in the United States, but Andrade said it was remarkably commonplace in his native country, particularly among teenagers.

“Freebase was in a way what was expected for kids to do,” he revealed. “So I figured I could take these characters and explore this world and this idea of a rite of passage with them and see how it would play out dramatically.”

Andrade spoke about the process of channeling his personal experiences growing up in Ecuador into “Porcelain Horse” after an awards-season screening Wednesday night.

“In terms of trying to think of a first thing to write, I thought it would be easier if I talked about something I knew very well, the places and people and characters,” he admitted.

“So I decided to do something about my homeland, and then I remembered a story,” he recalled. “It’s very loosely based on a real story that happened when I was a teenager where there was a murder around where I lived.”

“I lived in a very peaceful, very posh area,” Andrade continued, “and this was sort of a traumatic experience for the neighborhood. These kids had died and their mother had gone away, and … the kids misbehaved so much and were addicts and whatnot.”

“So I thought that would be an interesting dramatic conceit to make a first film – it was like cheating by writing something I know.”

Far from glorifying the behavior of his protagonist, Paco, and his younger brother Luis, Andrade offers an often harrowing look at their addiction, which seems to poison not just their bodies but their very lives, and their relationships with others. Although he always intended for his main character to survive the ordeal, Andrade said that he wanted to use that structure of spiraling corruption to eventually land him in a place that was, in its way, worse than before.

“When I had written the structure of it, I knew the end of it,” Andrade explained. “Paco would survive this event and then he would change. But I was like, what can he change into that would be worse? And then I was like, he has to become a politician.”

Andrade ultimately only touches on the larger cultural forces that set Paco and his brother on this destructive journey, focusing largely on their day-to-day lives. But the filmmaker said that he feels that “Porcelain Horse” asks questions – and finds some unflattering answers – that reverberate in places other than Ecuador.

“What did we do as a country to produce these people?” he asked rhetorically. “In many ways to me, it was a mixture of privilege and nihilism, and the idea of there’s no future, really, so why don’t we make this little thing we have the best for us, and screw everybody else.”

“[But] I guess we can ask that of every country in the world, you know,” he observed. “What happens in society that produces these people?”