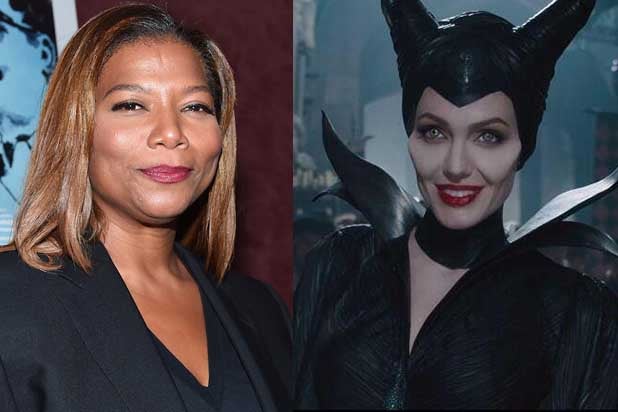 Queen Latifiah is partying like she’s Angelina Jolie on Halloween.

In coordination with Disney, the daytime talk show host is dressing up as Jolie’s “Maleficent,” which is among the most popular movie-inspired costumes this year.

See video: Jack O’Connell Gets Shot Down and Captured in Newest Trailer for Angelina Jolie’s ‘Unbroken’

An individual with knowledge of the situation told TheWrap Latifah is taping the holiday episode of her talk show, “The Queen Latifah Show,” on Monday.

Leah Remini, an actress best-known for her role on syndicated sitcom “King of Queens” will appear as Latifah’s guest.