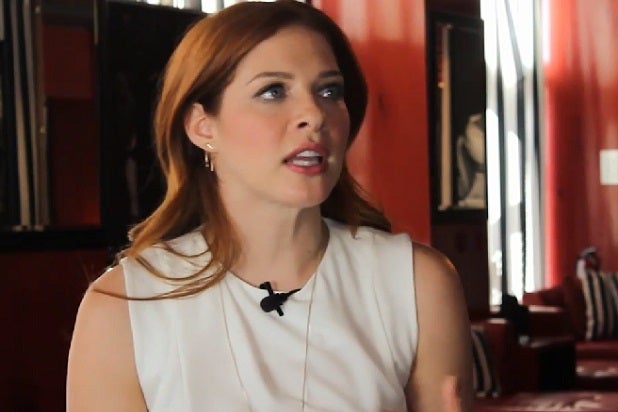 Rachelle Lefevre has a word to say about the domestic abuse scandals that have rocked the NFL in recent weeks.

Lefevre, the star of CBS’s “Under the Dome” and the new film “Reclaim,” sat down with TheWrap’s executive editor Joseph Kapsch to discuss, among other things, the wave of domestic violence that has given the NFL a black eye lately.

Self-professed football fan Lefevre told TheWrap that, for too long, society has written off the occasional abuse scandal as the by-product of football’s aggressive nature.

“I think unfortunately it’s been something that we take for granted. People just go, like, ‘Oh yeah, football. Well, you know, they’re really aggressive and they’re amped up, and there’s just lots of testosterone involved in the sport, and every now and then they’re going to cut loose and they’re going to get it wrong.”

However, the actress said, the time has come to see the violent instances as what they are.

“The list of things, it’s countless. And it’s not guys hopped up on testosterone  blowing off steam. That’s not what it is. They’re actual … they’re effing atrocities. Sexual assault. Child abuse. Domestic abuse.”

In recent weeks, the NFL has come under heat for its handling of domestic abuse among its players, in particular Baltimore Ravens running back Ray Rice, who was captured on video savagely assaulting his then-fiancee Janay in an elevator in February. Rice initially received just a two-day suspension, but was indefinitely suspended from the team when more graphic footage of the attack came to light.

As far as Lefevre is concerned, any player who commits domestic abuse should be sent to the showers — forever.

“I can’t believe there’s any tolerance. I can’t believe that anybody is even sitting in a room debating the amount of games that you get suspended for,” the actress said. “You beat your child, you hit your woman, you assault a woman in a bathroom, you are out. For life! Guess what — you beat somebody up, you don’t get to play football anymore.”

Watch Lefevre discuss the NFL’s domestic abuse problem in the video below.