The “Big Little Lies” actress will reprise her role as Tracy Flick in the adaptation based on Perrotta’s latest novel of the same name. 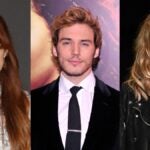 “Election” director and co-writer Alexander Payne will return to direct and will write the film adaptation with Jim Taylor.

Following the release of the 1999 film, “Election” was nominated for Best Adapted Screenplay at the Academy Awards and Witherspoon earned a Golden Globe nomination for Best Actress.

Hello Sunshine was founded by Witherspoon with the goal of centering women in every story it creates, celebrates and discovers. Several adaptations have stemmed from Reese’s Book Club, including Netflix’s limited series adaptation of Tembi Locke’s “From Scratch,” Hulu’s television show adaptation of Celeste Ng’s “Little Fires Everywhere” and the theatrical release of Delia Owens’ “Where the Crawdads Sing” starring Daisy Edgar-Jones, Harris Dickerson and Taylor John Smith. 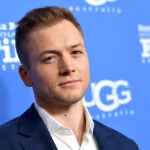