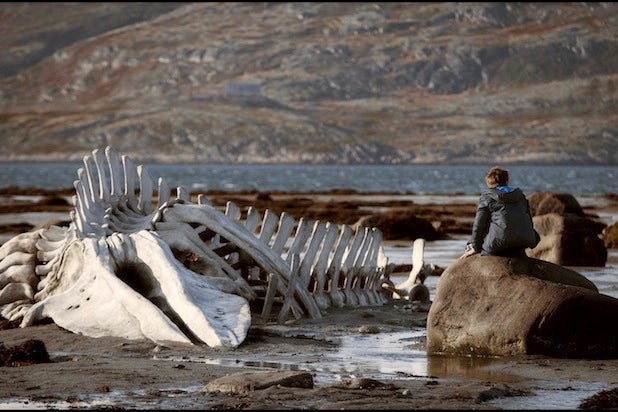 Andrey Zvyagintsev’s “Leviathan,” a dark and critically-acclaimed adaptation of the Book of Job set against the backdrop of corrupt Russian politics, has been chosen as that country’s entry in the Academy Award race for Best Foreign Language Film.

Although the film received universal praise upon its May debut at the Cannes Film Festival, where it won the award for best screenplay, it was considered by many to be a bold and perhaps unlikely choice from the Russian committee, which in recent years has opted for muscular period pieces like “Stalingrad,” “White Tiger” and “Burnt by the Sun 2,” none of which have made the Oscar shortlist.

The director of “Burnt by the Sun 2,” a much-derided sequel to the Oscar-winning 1994 film “Burnt by the Sun,” Nikita Mikhalkov, is a veteran Russian filmmaker known to wield a considerable amount of power on that country’s selection committee. In the 22 years in which Russia has been submitting films to the Academy, Mikhalkov’s films have been the country’s choice five times.

According to an insider with knowledge of the committee’s workings, Mikhalkov actively campaigned against the selection of “Leviathan,” which offers a grim look at current Russia through the story of a man whose house is confiscated by the local government.

But in recent years the Russian committee was expanded to more than two dozen members, in part to lessen the influence of Mikhalkov. In addition, one of Mikhalkov’s usual allies, director Andrei Konchalovsky, helped the cause of “Leviathan” by withdrawing his film “The Postman’s White Nights” from competition, stating that he wanted nothing to do with Hollywood.

“Leviathan,” which is being distributed by Sony Pictures Classics in North America, now must be considered one of the favorites to make the Academy’s nine-film shortlist and to land a nomination — something no Russian film has done since 2007.

Between 1963 and 1991, the Soviet Union submitted 24 films to the Oscars, winning three times and receiving six other nominations. After the dissolution of the USSR, Russia received four nominations and won once in its first five years submitting films — but in the 17 years since then, it has only received one nomination.

It is one of the final submissions in this year’s foreign-language race, which has attracted more than 65 entries to date and may well top last year’s record total of 76 when the final count is announced after the Oct. 1 deadline.

TheWrap has compiled a full list of the foreign-language entries to date, with descriptions and links to trailers when available.