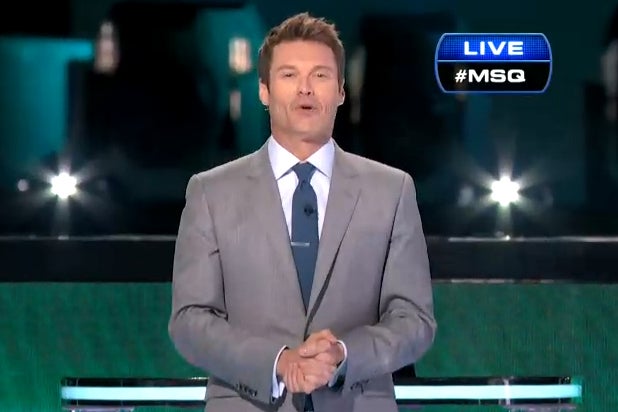 But you can’t start planning your Seacrest-centric celebrations too far into the future: Exact terms of the deal, including how many years Seacrest has signed on for, have not been disclosed. A Seacrest spokeswoman told TheWrap only that it was “a multi-year deal.”

Seacrest has been part of the ABC show since December 2005, when he joined Dick Clark for the New Year’s Eve special as a co-host. Last year, with Clark’s passing, Seacrest became the sole host of the show. It included a tribute to Clark, and was the most watched New Year’s Eve special in the U.S. with 22.6 million viewers.

The show is a presentation of Dick Clark Productions with Seacrest and DCP CEO Allen Shapiro serving as executive producers. Larry Klein  produces.

“I think I will forever be both sentimental and grateful about my experiences with ‘Dick Clark‘s New Year’s Rockin’ Eve’,” said Ryan Seacrest.  “Allen and the DCP team, as well as everyone at ABC are my valued partners in carrying Dick’s vision forward. I’m humbled by their continued faith, and excited to work together to create new traditions and fun moments on the show that only live television can deliver.”

“Ryan and I started this partnership together in 2005.  He has been a key factor in the extended and expanded success of the show,” said Shapiro. “It’s very difficult to take over a franchise created by an icon and grow it. Ryan has done just that.”