Collider updated a story from earlier this week after a freelancer from a competing outlet called the site out on Twitter.

Here’s what happened: In 2019, reporters visited the “Black Widow” set in the United Kingdom. Among them was Sade Spence, a freelancer for Hello Beautiful who’s been in the game for seven years and who told TheWrap she flew overseas for only about 24 hours. During that very quick trip, she asked Johansson a question: “There’s this hyper sexualization of female superheroes and even Black Widow. How have you seen this change and how will this be different in the standalone film?” Then, she and all the other reporters present that day waited two years to publish the answers to their questions, respecting an embargo that lifted this week.

Collider ran a story that failed to mention Johansson had spoken to an assembled group of reporters. Instead, the Collider story laid out the exchange in Q&A form without attributing questions to any other reporters or even noting that they were present. The result was a story that looked like an exclusive one-on-one for Collider.

Also Read:
‘Black Widow’ First Reactions: ‘This Is Like the MCU’s Bond Movie’

“We may have been in a group setting but it wasn’t @Collider who asked this question @THR,” replied Spence on Thursday. “It was me for the female empowerment outlet @HelloBeautiful.”

Collider’s editor-in-chief, Steven Weintraub, weighed in, tweeting, “You might not like this answer but as someone that has been doing this for over 15 years and done hundreds of roundtable interviews…when u do a group interview on a set visit every question and answer is shared by all the reporters on the visit. Nothing is credited to 1 outlet.” (A representative for Valnet, Collider’s parent company, did not immediately return a request for comment.)

Spence told TheWrap she was glad there was a tweak to the story and even happier that there has been so much discussion around the issue, though she called Weintraub’s response “condescending” and noted it came across like he was “mansplaining” her job to her. She maintained she wasn’t as upset about the lack of specific credit — which is typical with press junkets — as she was about the framing of the story to imply it was a one-on-one exclusive for Collider, creating “a domino effect” that ended with THR publishing a video about the response that left Spence out completely.

“I, at one point, thought, ‘Oh, OK, I might let this slide,'” she said when asked why she spoke out. “And then I quickly backtracked. Like, no. There’s so many people who can learn from this.” 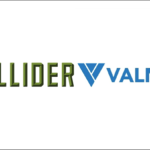 Spence said that in her experience, women and people of color have a harder time rising up and getting recognition in the industry, so she hoped she could inspire more young reporters to stand up for themselves. On top of that, she wanted to encourage journalists — especially at press conferences — to show a little “professional courtesy.”

“Speak out against bosses or employers or reporters or anybody in general who’s trying to put you down, because they have their perceived place of authority,” she said. “Don’t let them do that to you.”