Sarah Michelle Gellar broke her silence Wednesday about her time starring on Joss Whedon’s “Buffy the Vampire Slayer,” saying it had an “extremely toxic male set” while emphasizing the importance of surrounding herself with supportive women throughout her four-decade-long career.

“For so long, I was on a set that I think was known for being an extremely toxic male set, and so that was ingrained in my head that that was what all sets were like, and that women were pitted against each other — that if women became friends, then we became too powerful, so you had to keep that down,” Gellar said during the Power of Storytelling: Producers Roundtable at the TheWrap’s Power of Women Summit in Los Angeles.

“And now that I’ve had this opportunity to work with so many more women and men that support women as well, I realized how easy an experience it can be, but … unfortunately we’re still in that place where all of those departments a lot of times need to be women for us to have a voice,” she added.

Representatives for “Buffy” creator Whedon and 20th Century did not immediately return TheWrap’s request for comment. 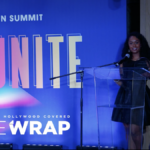 In February 2021, Gellar’s former “Buffy” co-star Charisma Carpenter accused Whedon of “hostile and toxic behavior” on the sets of the show and its spinoff “Angel.” At the time, she also revealed that she was part of WarnerMedia’s investigation into Whedon’s actions on the set of “Justice League.”

The investigation came after “Justice League” star Ray Fisher accused Whedon of “gross, abusive, unprofessional” behavior on set. In May 2021, Gal Gadot also accused Whedon of threatening her career while making the film.

Whedon, who took over reshoots on “Justice League” when original director Zack Snyder had to exit due to a family tragedy, denied Carpenter, Fisher and Gadot’s allegations in a New York Magazine profile in January. 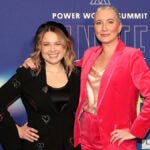 In a February 2021 Instagram post, Gellar, 45, said that while she is “proud to have my name associated with Buffy Summers, I don’t want to be forever associated with the name Joss Whedon.”

“I am more focused on raising my family and surviving a pandemic currently, so I will not be making any further statements at this time,” she added. “But I stand with all survivors of abuse and am proud of them for speaking out.”

In September, Gellar told The New York Times that she had her own “fair share of experiences” as a young woman in the industry, but declined to elaborate on those experiences further.

“I don’t win by telling my stories, emotionally, for me,” she added at the time. “I look at people that tell their stories, and I’m so impressed. But in this world where people get torn apart, and victim blaming and shaming, I just keep my stories in here.”