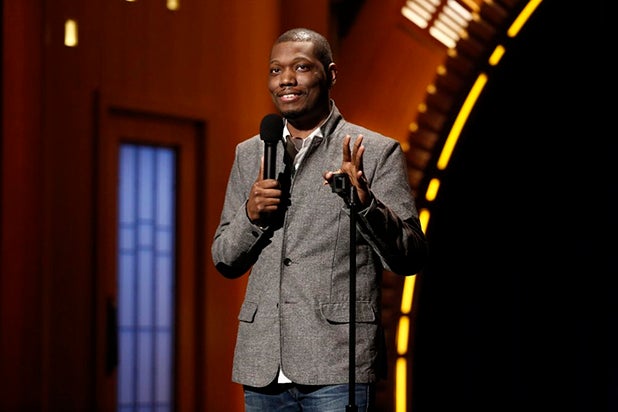 He replaces Cecily Strong, who will return as a full-time cast member, or repertory player, as the long-running comedy show refers to its sketch stars.

Che has been a writer on “SNL,” a correspondent on “The Daily Show with Jon Stewart” and has performed stand-up on “Late Night with Seth Meyers” and “Late Show with David Letterman.”

He actually left “SNL” to join “The Daily Show” this summer. After that short stint, he returned to NBC’s famed Studio 8H. Che is no longer with “The Daily Show.”

Che has been named one of Rolling Stone’s “50 Funniest People” and Buzzfeed’s “50 Hottest Men in Comedy.” His first comedy special came as part of Comedy Central’s “The Half Hour,” which aired earlier this year.

Last season, the show was marred by a controversial lack of diversity, which resulted in the mid-year hiring of new cast member Sasheer Zamata and writers Leslie Jones and LaKendra Tookes.

‘America’s Got Talent’ Returns to Dominate Tuesday in TV Ratings
2.

Time for ‘Dancing With the Stars’ to Look in the Mirror(ball) Over Ratings Decline
4.