Let’s give credit where credit is due: Darren Lynn Bousman’s “Spiral: From the Book of Saw” avoids the obvious deathtrap of wallowing in nostalgia for the blockbuster “Saw” franchise, which produced seven hit movies in its first seven years but only one other sequel in the last decade.

Instead, “Spiral” wallows in nostalgia for the crime thrillers of the 1990s, stuffing itself to the gills with distracting references to “Pulp Fiction” and constantly evoking not-altogether-unpleasant memories of films like “Se7en,” “Copycat” and “The Bone Collector.”

Whereas the previous “Saw” films swapped perspectives constantly between multiple timelines, protagonists and villains, in “Spiral” the focus stays squarely on its stalwart protagonist, Det. Ezekiel Banks, played by Chris Rock. He’s hunting for a mysterious copycat of the original Jigsaw killer, who’s now targeting corrupt cops in Banks’ precinct and forcing them to endure inventive, deadly torture devices that mangle, melt and otherwise eviscerate their flesh, in ways that ironically mirror their own transgressions against the law.

Lie on the witness stand? Get yourself a tongue mutilation. Cover up corruption? Get covered in hot wax. Jigsaw has always been the judgiest of horror-movie villains, and nobody could ever accuse him or his acolytes of being subtle. The impossibly high moral standards of the “Saw” killers and the elaborate machinations they use to teach wicked people valuable lessons are the franchise’s greatest appeal. Intricate plot details aside, these films are straightforward morality plays, constructed with a Rube Goldberg eye for violent and mechanical detail.

Det. Banks’ investigation gets complicated because 12 years ago, he snitched on his own partner for killing a witness to police brutality. Now the rest of the department doesn’t trust him, and they ignore his authority in the Jigsaw killer case. Only his rookie partner, Schenk (Max Minghella, “The Handmaid’s Tale”), is on Banks’ side, and he keeps talking about his ideal marriage and newborn son like he’s just asking to get killed off by a mediocre cop-movie screenplay, so Banks probably can’t count on him for long.

Also on Banks’ side, probably, is his father, Marcus (Samuel L. Jackson, whose appearance is so brief that one easily imagines him cranking out his whole role in a weekend). Marcus was the captain of Banks’ precinct and now owns a lot of real estate and a fancy car, because everyone knows cops make a heck of a lot of money, so that’s not suspicious at all, nope, not one bit. His old job has been filled by Angie Garza (Marisol Nichols, “Riverdale”), who has to walk a thin(-nish) line between supporting Det. Banks while keeping all his hopelessly corrupt colleagues happy as well. 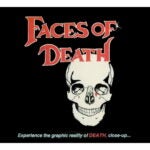 By staging “Spiral” as a detective thriller first and foremost, Bousman and screenwriters Josh Stolberg and Pete Goldfinger (who also scripted 2017’s “Jigsaw”) have arguably classed up the franchise. “Spiral” throws away the rusty, fluorescent, disused-warehouse aesthetic of the original series in favor of muted palettes, dusty offices and sun-drenched skies. The cinematography by Jordan Oram (“Cinema of Sleep”) feels ripped directly out of a James Ellroy adaptation and grafted onto a slasher series, and it’s an unexpectedly successful implant.

But with this new approach, Bousman”s film also abandons some of the most effective elements of the series. So little of the film is dedicated to the (new? old?) Jigsaw killer’s deathtraps that they now have little impact. There’s no sense that Bousman is eager to show off his latest wild contraptions, so the reveals have very little power, and their appearances are so brief that the victims’ plights barely resonate. We’re not stuck with them in the deathtraps long enough to incite our own imaginations or to ponder seriously what we’d do in their place. Instead, the gruesome gizmos of “Spiral” are little more than part of a relatively straightforward plot, rather than the headliners of their own Grand Guignol show.

And although great pains have been taken to keep “Spiral” separate from the previous films, so that audiences don’t have to remember all the labyrinthine details of the original chapters just to get by, there are also frustrating moments when Bousman’s film outright contradicts canon. If you’re a fan, then lines like “John Kramer didn’t target cops” — which Det. Banks declares with grim authority — are liable to land with a thud. Kramer very much did target cops. That was a big part of the plot of “Saw II,” which not for nothing was directed and co-written by Darren Lynn Bousman, so the oversight is remarkable on multiple levels.

It would seem that “Spiral” is attempting to be topical and to bring the “Saw” series kicking and screaming into the present day. But although the original franchise was considered one of the prime examples of the unfairly titled “torture porn” genre, and now feels like a relic of the 2000s, it was already using its violent trappings to tackle serious social issues like gentrification (“Saw V”) and the failings of the American health care system (“Saw VI”). So it hardly feels like breaking the mold, then, when this serial-killer series attempts to tackle police corruption. Indeed, the conversation has evolved so rapidly in the year since “Spiral” was originally supposed to be released (a delay caused by the worldwide COVID-19 pandemic) that its approach to the topic already feels as dated as the original series. 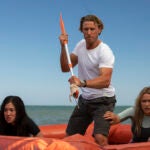 Vaunting Det. Banks as the only “good cop” at the precinct only works as a plot point if you’re still of the mind that the police brutality he inflicts on witnesses — splashing their open wounds with alcohol and hitting exposed bones with glass bottles — isn’t the sort of thing that makes for a “bad cop.” That’s the sort of storytelling trope in police dramas and genre films that’s getting seriously re-evaluated today, so the fact that so-called hero gets away with them in a film that claims that it, too, is trying to be critical of police corruption no longer flies.

It’s ironic that “Spiral,” a film which begins with its protagonist going on a long, Tarantino-inspired monologue about how “Forrest Gump” has serious flaws when viewed from a contemporary perspective is, only one year after its initial planned release, seriously flawed when viewed from a contemporary perspective. In trying to push the “Saw” series forward, “Spiral” does little more than herald a fast-approaching future where 1990s nostalgia reigns supreme. (But hey, at least Samuel L. Jackson has an excuse to yell the word “Ezekiel” for the first time since 1994.)

If “Spiral: From the Book of Saw” works — and I am not convinced that it does — it’s because Rock, Bousman and cinematographer Oram are committed to taking this shallow material seriously. The screenplay captures the grizzled-cop-movie tone and draws some memorable characters, but the storyline is rote, the mystery is frustratingly predictable, and the imaginative deaths are less imaginative than ever. “Spiral” sacrifices entertainment value for respectability and in the process doesn’t quite achieve either.