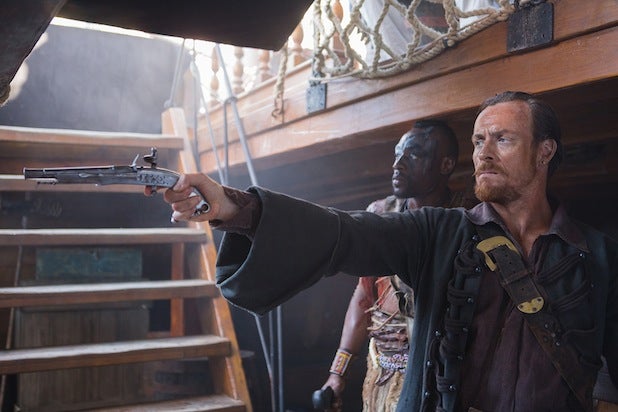 Fans of Starz pirate drama “Black Sails” haven’t even seen its second season, but now they have a third to look forward to. The pay cable channel has ordered a third season of the series months ahead of its Season 2 debut in January 2015.

“The incredible world that Jon Steinberg and Robert Levine have created continues to unfold in Season 2,” Starz managing director Carmi Zlotnik said in a statement. “Flint’s journey is riveting, and around him, Jon and Robert have woven an intricate web of conflict, betrayal and redemption for the other characters that we believe will keep fans of the show coming back for more.

“We think that Season 3 will bring even more of the drama and lore that has made it a hit both in the U.S. and internationally.”

Starz didn’t indicate how many episodes it ordered for Season 3. Season 1 had eight episodes while Season 2 will have 10.

The early green light for Season 3 is actually not that strange for the drama. Starz renewed “Black Sails” for its second season in July 2013, about six months before its January 2014 series debut.

Its debut broke Starz viewership records with more than 3.5 million viewers over its premiere weekend. It went on to average 5.3 million viewers per episode (live and delayed viewing). The series also brings in revenue from global distribution as it’s seen in about 130 countries and territories around the world.

Also read: Starz’s ‘Black Sails’ Creators Explain Why ‘We Don’t Like to Use the Word ‘Pirates”

It portrays Captain Flint (Toby Stephens) and his men 20 years before they were introduced to the world in Robert Louis Stevenson’s classic novel, “Treasure Island.”

Watch a trailer for Season 2 below: