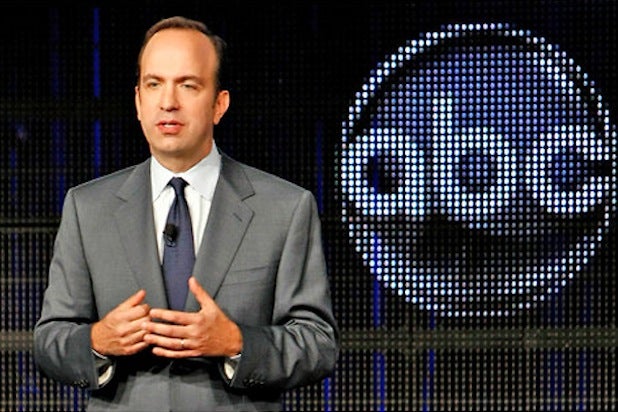 With that promotion, Sherwood inherits a mix of successful and struggling networks — including the ABC networks and studios, all of ESPN’s brands and Disney’s television components and the company’s equity interest in A+E Television Networks — along with a 10-year record of consistent revenue growth.

What will greet Sherwood when he steps into the roles vacated by Sweeney? TheWrap took a look at where all of the divisions under Disney Media Networks are today and the biggest challenges they present for Sherwood.

Sweeney oversaw the development of groundbreaking series like “Lost” during her tenure as president of Disney ABC Television Group. But ABC is currently languishing in fourth place in the key 18-49 demographic.

Network standbys like “Grey’s Anatomy” and “Modern Family” no longer draw the audiences they did during their heyday, and despite bright spots like sleeper hit “Scandal” and promising newcomers like “Resurrection,” the female-centric network has been struggling without a major sports contract to boost its bottom line.

The ABC Network is primarily the responsibility of Paul Lee, who reports directly to Sweeney.

Disney purchased the Family Channel from Fox in 2001, before Sweeney took over Disney Media Networks in 2004.

Media critics saw that acquisition as something of a quagmire, but under Sweeney’s watch, ABC Family developed original programming for the first time.

The network currently has some hits on its hands. “Melissa & Joey” premiered in January as the No. 1 scripted series in its timeslot, and “Pretty Little Liars” returns in June for its fifth season — to include the milestone 100th episode.

Sweeney’s co-chair of Disney Media Networks is John Skipper, president of ESPN.Though ESPN regularly rounds out the bottom of the 10 most watched cable networks, it commands the highest price to carry at an average of more than $5 per subscriber.

The sports media conglomerate holds coveted contracts with all of the major leagues, and under Skipper’s leadership, ESPN has garnered critical acclaim with its “30 for 30” documentary series and sports news coverage.

Since Sweeney became chairman of Disney Media Networks, the number of households receiving the Disney Channel has increased fourfold. What was once a network broadcasting old Disney classics, it now corners the youth demographic with original programming like “Austin & Ally” and “Phineas & Ferb.”

Sweeney oversaw the launch of Disney Jr., a younger-skewing offshoot of Disney Channel, which replaced SOAPNet at the end of 2013 — and Disney XD in 2009 — in an effort to bring more young males to the Disney brand.

ABC’s morning and evening newscasts have made up huge ground over NBC, their primary competitor, under Sweeney’s chairmanship. Though “NBC Nightly News with Brian Williams” remains in first place, ABC’s “World News with Diane Sawyer” has steadily closed the gap — increasing an average of 5.5 percent year-over-year in both total viewers and the key 25-54 news demographic for the week ending March 3.

In fact, Sawyer’s broadcast only trails NBC by fewer than 100,000 viewers in the demo.

By the same token, ABC’s “Good Morning America” overtook NBC’s “Today” in April 2012 for the first time in 16 years. Under ABC News President Ben Sherwood‘s leadership, the morning show beat “Today” for a full season last year for the first time since the early 1990s.

The production arm of the ABC Entertainment Group has traditionally produced series for ABC, but over the past few seasons it has branched out to develop pilots for other networks. Opening the buyer pool beyond its own networks increases ABC Studios’ chances of selling shows and keeping them on air.

Disney ABC Television Group has an equity interest in A+E Television Networks, which it acquired when A+E merged with Lifetime Entertainment in 2009.

Tim Kenneally and Tony Maglio contributed to this report.