Despite rumors that the new Batman reboot “The Batman” might follow in the footsteps of the billion-dollar-grossing “Joker,” co-writer and director Matt Reeves contends the film was always intended to be rated PG-13.

All throughout production, the internet was abuzz with the possibility that we might be getting our first R-rated live-action Batman film in “The Batman.” Warner Bros. had tested the waters of an adult comic book movie with 2019’s “Joker,” which proved successful. And writer/director James Gunn’s 2021 film “The Suicide Squad” was an R-rated DC Comics adaptation on an even larger scale.

But speaking with Den of Geek, Reeves says while his Robert Pattinson Batman film was always intended to be gritty, he never considered venturing into R-rated territory. “In my mind, the movie was always going to be a gritty, edgy, noir, thrilling spectacle that was PG-13,” Reeves told the outlet. “That was always what it was, but I always knew that we’d be pushing the limits of what that could be, and so we didn’t really have to cut anything. The promotional materials that you’re seeing, they’re fully reflective of the tone of the movie.” 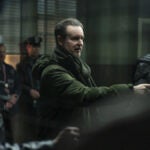 As if predicting where the fans’ minds might go next, Reeves then added that there’s no R-rated director’s cut lying around waiting to be released following some fan-driven campaign on social media. “There isn’t some special cut of this movie where it’s like, ‘Oh yeah, here’s the R rating that you’ve been desperately wanting,’” Reeves says. “I didn’t have to suddenly start drastically cutting the movie or anything like that.”

By most accounts, Reeves was able to make exactly the Batman movie he wanted, which was his stipulation from the start. The “War for the Planet of the Apes” filmmaker was first approached to direct Ben Affleck’s script for a standalone Batman film, but he countered that he’d only want to make the film if he could start from scratch and tell a Batman story his way.

The result is a full-on reboot that introduces Robert Pattinson as Bruce Wayne in his second year fighting crime in the Batsuit. He’s full of fiery angst, delving into the mystery of a series of murders committed by Paul Dano’s Riddler. The film is an introduction to a new Batman universe, with Colin Farrell’s Penguin, Zoe Kravitz’s Catwoman and Jeffery Wright’s James Gordon all poised to continue their stories in future film installments and/or TV spinoffs.

But first, “The Batman” opens exclusively in theaters on March 4. 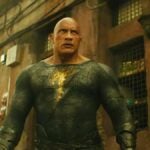