“The Capote Tapes” is similar to the recent documentary “Billie,” in that it makes use of extensive audio recordings with people who knew the film’s subject — in this case the tapes that George Plimpton recorded for his oral biography of Truman Capote, which was published in 1997.

“Billie” used tapes that the writer Linda Kuehl made for a biography she planned to write of Billie Holiday, and the Kuehl tapes have been the basis of several books about Holiday, but this Holiday material was always quoted selectively and subjectively; the Plimpton interviews on Capote, by contrast, make up the entirety of his book, so it would seem to make less sense to do a movie based on these particular tapes.

Yet anyone who has ever done an interview knows that the way someone says something is often as important or even more important than what was actually said; the flavor of the quote can feel very different when it is set down in cold type without the humanity and particularity of the way a person speaks. The most enjoyable thing about “The Capote Tapes” is hearing the distinctiveness of the voices from a bygone American era, the way that a friend of Capote’s named Phoebe Pierce says the word “weekend” with just a slight emphasis on the second syllable, or the throaty way Lauren Bacall says the words “wicked” and “fun.” 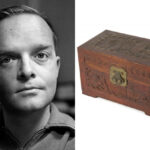 First-time director Ebs Burnough also serves up some on-camera interviews with people who knew or met or were influenced by Capote, and the most revealing of these subjects is Kate Harrington, who was more or less adopted by Capote after he had an affair with her father, John O’Shea. Harrington saw how hard Capote worked in the period after the enormous critical and commercial success of his so-called non-fiction novel “In Cold Blood,” and she also saw how difficult it became for him to write as he got addicted to prescription painkillers, talk show appearances, and partying.

On the tapes, the one closest to Capote is likely his long-time partner Jack Dunphy, who sounds less than enthusiastic about the famous and beautiful people with whom Capote liked to surround himself. We hear Norman Mailer talking about Capote, and what he says about how much he admired Capote’s guts should be familiar to anyone who has read about this subject.

On camera, Jay McInerney talks about meeting a drunken Capote at one of George Plimpton’s parties and getting groped by him, and he magnanimously sees this as Capote playing a sort of role that was expected of him. Of all the other interviewees, it is the writer Dotson Rader who really dishes the dirt in the full-blooded Capote manner. 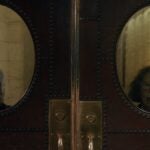 Also Read:
‘Pretend It’s a City’ Is Martin Scorsese’s Second Documentary About Fran Lebowitz, and She Can’t Understand Why

In the mid-2000s, two narrative features — “Capote” and “Infamous” — covered Capote’s deep involvement with the writing of “In Cold Blood” and how much it cost him personally to write it, and so that territory has been covered quite enough. Burnough focuses mainly on the decline of Capote after his black-and-white masked ball at the Plaza Hotel and the relationships he formed with his “swans.”

The Capote swans were high-society women like Slim Keith and Gloria Guinness and his ultimate swan, Babe Paley, before he betrayed them with the publication of excerpts from his long-promised society novel “Answered Prayers.” Mailer says that Capote “wrote the best sentences of anybody of my generation,” and that may be true, but the content of his sentences — however beautiful or pleasingly rhythmic sentences they might be — did descend to the level of a gossip column with the published sections of “Answered Prayers.” 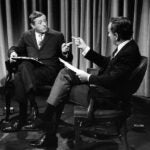 Also Read:
‘Best of Enemies’ Filmmakers: Today’s Politics ‘A Race to the Bottom’

The name Gore Vidal is nowhere mentioned in “The Capote Tapes,” even though they were famous rivals and enemies: Vidal brought out his own gay-themed novel, “The City and the Pillar,” the same year that Capote became notorious for his gay-themed “Other Voices, Other Rooms,” on the back cover of which he is seen reclining on a couch with one of the most depraved-looking come-hither expressions of all time. They both had a flair for publicity, but it feels now, after their deaths, that Vidal needed to be actually around and reacting to current events in order to stay in the public eye, whereas Capote lives on. (Vidal told his editor Jason Epstein that Capote’s early death was “a good career move,” and it turns out he was right about that.)

Capote is likely here to stay as a subject for books and films both narrative and documentary, and that’s because he is such a strange, unlikely, and suggestive figure, a self-described freak who might look different to us in different eras. Is there more of “Answered Prayers” hidden somewhere in a safety deposit box? Harrington and Rader seem to think so, and Harrington was there with him and both witnessed Capote writing more and more and saw more pages than were published. “The Capote Tapes” can feel a bit chaotic and lopsided at times, but it makes clear that Capote is a figure who continues to command the public’s attention.

“The Capote Tapes” opens in select US theaters September 10.