This review of “The King’s Man” was first published on Dec. 14.

To call “The King’s Man” an improvement from “Kingsman: The Golden Circle” is admittedly damning it with faint praise, but this new entry is undeniably better. The second film in this weird, messy, derivative franchise was an interminable, Frankesteinian nightmare where nothing in a given frame, including the actors, appeared to be shot in the same space at the same time, and by comparison everything here does appear to take place in whatever location it’s meant to be set, with cast members who interact with one another convincingly.

But that previous sequel had the virtue of actually seeming to be a part of the same franchise as the original “Kingsman: The Secret Service,” whereas this one comes out of nowhere with a story, characters, and tone resembling almost nothing that has come before in the franchise.

Which is better? One supposes it comes down to how much of an appetite one has to watch M from Daniel Craig’s James Bond movies take over as the hero, or probably more accurately, to revisit Ralph Fiennes’ turn as John Steed in a prequel to his big-screen adaptation of British TV series “The Avengers.” But what director Mathew Vaughn has made with this prequel to his earlier superspy series is neither fish nor fowl, neither lighthearted enough to evoke the breezy thrills of the first two films nor consistently serious enough to give them a truly substantive historical or emotional foundation. It’s also a tiresome slog. 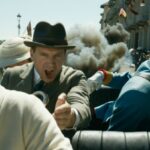 With Taron Egerton’s and Colin Firth’s characters not yet a sparkle in their parents’ eyes, Fiennes plays the Duke of Oxford, a man born of nobility and wealth who commits his life to helping the less fortunate — and, after his wife is killed during a Red Cross visit to Africa, protecting his son Conrad (Harris Dickinson, “The Souvenir Part II”) from the violence of war. By the time Conrad is 17, however, skirmishes across Europe have broken out, and the young man is frantically eager to fight for his country, volunteering to make a sacrifice that his father strictly prohibits. But when Grigori Rasputin (Rhys Ifans) begins to exert control over the Russian emperor, King George V (Tom Hollander) calls upon the Duke to stop the Russian mystic before he causes the first World War.

Consequently, the Duke introduces Conrad to an expansive network of butlers, maids and servants that he has assembled to spy on world leaders and, where necessary, to exact extrajudicial justice. Unfortunately, the prospect of becoming a spy is still less glamorous to Conrad than fighting alongside his fellow countrymen, so he enlists while the Duke attempts to navigate the political jockeying between Europe’s superpowers. Soon, Conrad is sent to the front while the Duke once again gets called into action on behalf of King and country, as father and son try to serve with honor and distinction while a global conflict threatens to break out.

If the original “Kingsman” had a slightly uninspired but easy to digest premise — what if a scruffy lad, instead of some posh jerk, became a Bond-like spy — “The King’s Man” feels cobbled together from pieces from “1917” and the last few “Mission: Impossible” films, bouncing back and forth between overwrought, mud-covered war scenes and death-defying set pieces with little regard for how jarring the transition might feel to audiences. 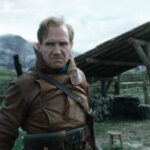 The script by Vaughn and Karl Gajdusek (“The November Man”) does about twice as much work to unpack the British colonialism that would be inherent in the backstory of a privileged character like the Duke, to half as much effect; it also wants to eat its cake and have it too, as the Duke tries to adhere to a life of pacifism and then rationalizes why killing outside the parameters of the law is not just permissible but necessary. What ends up happening is that all of the effort that goes into acknowledging and exploring the thornier morality of being a spy only makes every one of the characters’ efforts seem more hypocritical than if they simply went about their business and never mentioned it.

Part of the problem is that Vaughn consistently mistakes being clever for being smart, so he repeatedly veers into winking punchlines — both in the jokes and the fight scenes — that undercut any of the gravitas that he might have generated from a more sincere look at these characters in this time period. He and Gajdusek draw upon history like Winston Groom (and later, Eric Roth) did in “Forrest Gump,” using it as window dressing for an easy joke or telegraphed dramatic payoff, and then when those tactics don’t work, they throw in some irreverent filmmaking or a funny piece to shake up what the characters keep telling us are life-and-death scenarios.

The disadvantage of making a prequel is that the audience automatically knows that things will turn out all right, but aside from presuming way too much about the historical knowledge of moviegoers, the writers can’t even let obviously bad people just be bad, instead spraying on a coat of contemporary idiosyncrasies like a layer of corporate-commissioned graffiti. 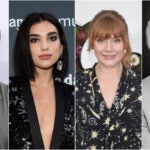 In which case, what does this have to do with those two earlier movies? The first film literally climaxed with the hero having anal sex with a Scandinavian princess he rescued — a dubious choice, perhaps, but one that told you exactly what you should have expected from it in terms of tone and substance. This one features Grigori Rasputin Cossack dance-fighting against two opponents and then two soldiers sobbing in each other’s arms in the crater of a mine explosion on a WWI battlefield; a mysterious, bloodthirsty villain with a snarling Scottish brogue who operates out of a mountaintop barn occupied mostly by goats; and an aggressively glib portrayal of the family squabbles between George V, Wilhelm II of Germany, and Nicholas II of Russia that led to World War I.

The longer “The King’s Man” goes on, the more it seems to be an exercise in Vaughn appropriating ideas from the films he watched in between his own and then remaking them with no regard for how they fit together, much less what they need in order to successfully convey the emotion or meaning they originally did.

Vaughn’s third installment in this series is ultimately a pretty lousy movie; again, better than the last one, but that isn’t much of a compliment. Each of these installments were not made in a different era of Hollywood — whether or not James Bond needed an irreverent update in 2014, his franchise doesn’t need a throat-clearing restoration of its stuffy English charms seven years later. Moreover, this is a franchise where we’ve already seen characters who die violently come back to fight another day, so telling a story that focuses so heavily on irreparable loss and legacy just feels phony. After seven years of movies, “The King’s Man” tries to provide a foundation, a reason, for its predecessors to exist, but despite all of the resources at its disposal and with endless goodwill from audiences to build upon, this latest chapter somehow feels even more pointless than those earlier ones do.