Whoopi Goldberg’s co-hosts on “The View” had nothing to say about her two-week suspension Wednesday. Or if they did, they held their tongues.

Goldberg was suspended from the show on Tuesday night, a day after she caused controversy by saying the Holocaust “isn’t about race.” In announcing the suspension, ABC News president Kim Godwin said she asked Goldberg “to take time to reflect.”

On Wednesday, “The View” panel did not take time to reflect on Whoopi’s suspension — or her two apologies. 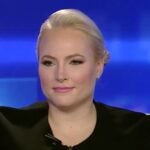 Host Joy Behar opened the show with a brief mention of the suspension before moving on.

“You saw the news,” Behar said. “Whoopi’s out for the next two weeks. OK.” And that was that.

In contrast, as Goldberg dug her heels in Monday about the Holocaust, her co-hosts took pains to get clarification and point out that the Nazis did in fact believe that Aryans were “the master race.” 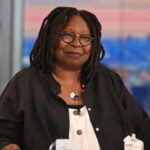 Also Read:
‘The View': Whoopi Goldberg Issues Expanded Apology for Holocaust Comments: ‘Words Matter, and Mine Are No Exception’ (Video)

Goldberg had said the Holocaust was nothing about race as the women began discussing the banning of the graphic novel “Maus,” which tells the story of author Art Spiegelman’s father and his experience in German concentration camps, with Jews depicted as mice and Nazis as cats.

“Let’s be truthful about it,” Whoopi said. “Because the Holocaust isn’t about race. No. It’s not about race. It’s about man’s inhumanity to man. That’s what it’s about.”

But she doubled down as her co-hosts tried to intervene. 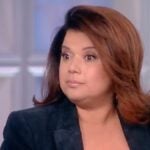 “These are two white groups of people. You’re missing the point,” Whoopi said. “The minute you turn it into race, it goes down this alley. Let’s talk about it for what it is. It’s how people treat each other. It’s a problem. It doesn’t matter if you’re Black, or white, ’cause Blacks, whites, Jews, everybody eats [the] other.”

After widespread criticism across social media Monday, Goldberg apologized with a brief tweet. She then followed that up with similar sentiments on Tuesday’s show. But that wasn’t enough to prevent the suspension.

“Effective immediately, I am suspending Whoopi Goldberg for two weeks for her wrong and hurtful comments,” Godwin said in a statement Tuesday night. “While Whoopi has apologized, I’ve asked her to take time to reflect and learn about the impact of her comments. The entire ABC News organization stands in solidarity with our Jewish colleagues, friends, family and communities.” 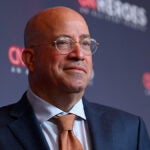