“The Woman King,” an action and historical epic starring Viola Davis and directed by Gina Prince-Bythewood, will make its world premiere at the upcoming Toronto International Film Festival (TIFF).

“The Woman King” from TriStar Pictures joins Billy Eichner’s “Bros,” Rian Johnson’s “Glass Onion” and Sanaa Lathan’s “On the Come Up,” all of which are making their world premieres at the festival. 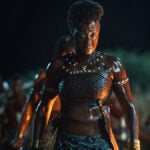 Also Read:
13 New Trailers You May Have Missed This Week: From ‘The Woman King’ to ‘Paper Girls’ (Video)

“The Woman King” is inspired by the true story of the Agojie, the all-female unit of warriors who protected the African Kingdom of Dahomey in the 1800s with skills and a fierceness unlike anything the world has ever seen. Davis in the film plays General Nanisca as she trains the next generation of recruits and readies them for battle against an enemy determined to destroy their way of life.

Sony recently released the first trailer for “The Woman King,” which you can watch here, and the film will open in theaters following its world premiere on Sept. 16. 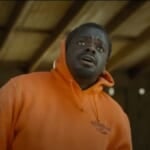