Steve McQueen‘s “12 Years a Slave” came to Toronto on Friday night, and it left audiences in the same state they were in after it screened in Telluride last week: drained, shaken and on their feet cheering.

Playing to a standing ovation at the Princess of Wales theater, the Fox Searchlight release had no trouble continuing the momentum it had gained in Colorado. The movie, based on the true story of Solomon Northrup, a free black man from New York who in 1841 was abducted and sold into slavery, is as formidable as Telluride reports indicated — a brutal, scorching and unflinching work that is hard to watch and will no doubt be harder to forget. 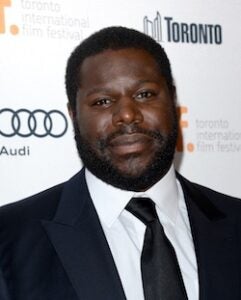 In the Q&A that followed the screening, McQueen responded succinctly to the question of why he chose to tackle a subject that hasn’t been covered in many serious films.

“It was a no-brainer,” said the British director, whose previous films were “Hunger” and “Shame.” “I just wanted to see … that history, that story on film. It was important and obvious. It’s that simple.”

Added Brad Pitt, who appears in the film and also served as one of the producers through his Plan B production company, “Steve is the first to ask the big question — why have there not been more films about the American history of slavery? It was the big question, and it took a Brit to ask it.”

Also read: ‘12 Years a Slave’ Stuns Telluride: Do We Have an Oscar Front-Runner?

As for the graphic scenes of beatings, floggings and hangings, breakout star Lupita Nyong’o said, “It was hard to go there, but it was necessary.”

A huge crowd jammed the sidewalk across the street from the theater, though a few seemed to be laboring under the misapprehension that because a huge banner for “Gravity” hung over the marquee, they might see George Clooney or Sandra Bullock climbing out of a town car or festival SUV. They were happy to make do with Pitt, Michael Fassbender, certain Best Actor nominee Chiwetel Ejiofor and others, and the scene reinforced that it’s not opening night that really matters in Toronto, it’s Friday.

While the opening night film, Bill Condon’s “The Fifth Estate,” was a solid drama with an outside chance of figuring into the awards race, TIFF’s first-night slot is not typically occupied by a major Oscar movie, (Past occupants of the spot include last year’s “Looper,” the U2 documentary “From the Sky Down” and “Score! A Hockey Musical.”)

But Friday is a different story. The Night 2 slot is where “Argo” premiered last year, “The King’s Speech” before that.

“12 Years” wasn’t actually the night’s biggest gala – a block away from the Princess of Wales, in the larger Roy Thomson Hall, Jonathan Teplitzky’s “The Railway Man,” with Colin Firth and Nicole Kidman, made its debut and left festival-goers in the post-screening crush comparing notes about the films. (Both got sidewalk raves; TheWrap will have a report on “The Railway Man” later in the festival.)

And “Railway Man” was followed at Roy Thomson by a late screening of “Parkland,” writer-director Peter Landesman’s drama about the three days following the assassination of John F. Kennedy in Dallas in 1963.

The film is named after the hospital where both Kennedy and his assassin, Lee Harvey Oswald, died – although when he introduced the film, Landesman insisted, “‘Parkland’ is more than a place, it’s a state of mind – it’s where dreams go to die.” 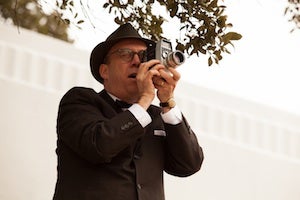 The film wasn’t as ponderous as the quote, though its view of history through the eyes of the doctors, nurses, witnesses, cops and family members who observed it starts to slack off and feel scattershot once it gets past the kinetic and occasionally affecting scenes of doctors trying frantically to save Kennedy.

Many of the large cast were present onstage at Roy Thomson Hall, and it was amusing to see that while Zac Efron got the most squeals, Paul Giamatti got the most sustained applause. (He’d also been across the street at “12 Years a Slave.”)

The most haunting presence in the movie is probably James Badge Dale as Lee Harvey Oswald’s brother, while the typically reliable Jacki Weaver is downright distracting as Oswald’s mother.

If the day ended with the back-to-back punch of slavery and assassination, it began with industry screenings and two lighter and more delightful films, both due for upcoming release from Sony Classics.

There’s something quietly magical about “The Lunchbox,” the first feature from Ritesh Batra, whose short film “Cafe Regular, Cairo” won the jury prize at TheWrap’s ShortList Film Festival. Set in the intriguing and baffling world of the illiterate men who deliver thousands of lunchboxes from wives to their husbands’ offices every day in Mumbai, it follows a rare misdelivered box that forges an unlikely connection between a widower on the verge of retirement (Irfan Khan) and a housewife trapped in a bad marriage (Nimrat Kaur). 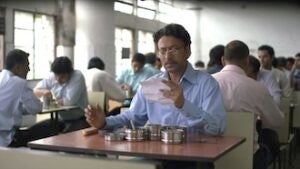 The film flirts with romantic-comedy clichés but never succumbs to them, fashioning a thoroughly charming blend of comedy and drama undercut with enough melancholy to give to a real emotional punch. India would do well to submit it in this year’s Oscar race – it’s the kind of film that could easily win the favor of the general committee voters.

A possible contender in the documentary field, meanwhile, is “Tim’s Vermeer,” a doc directed by magician Teller and produced and narrated by his partner Penn Jillette. It’s not damning it with faint praise to call it the most wildly entertaining movie ever made about watching paint dry.

Its subject is Tim Jenison, an inventor whose success in the TV and video industries has given him the money to indulge in any number of whims, fancies and passions. Jenison was so intrigued by theories of how 17th Century artists may have used early technology like the camera obscura that he came up with his own, more complicated explanation for how Vermeer obtained his almost photo-realistic effects. The Dutch artist, he speculated, may have gone beyond the simple camera obscura to incorporate a mirror that makes extreme detail and precision easier to obtain.

To prove that his process could work, Jenison embarked on a three-year mission to paint a Vermeer by recreating the artist’s studio in a Texas warehouse, and using technology that would have been available at the time.

Jenison is brilliant, obsessed and more than a little crazy, which makes him a great subject for a documentary as smart and skeptical as you might expect from Penn and Teller.

The film inevitably slows down when Jenison moves into the second half of his 130-day painting process — but then, Jenison slowed down, too. In the end, “Tim’s Vermeer” makes a convincing and provocative argument that a 21st century tech whiz who can play “Smoke on the Water” on a viola de gamba just might have figured out how Vermeer did it.