The Toronto Film Festival has only completed four days of its 11-day run, but with a typically front-loaded first weekend designed to accommodate the studios, buyers and press who will be heading home by mid-week or earlier, it’s safe to say that the meat of the festival has already been served.

So even with a full week remaining, it’s safe to draw some conclusions from TIFF 2013. 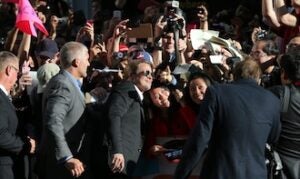 1. Size matters … But not always in the right way.

This year’s festival has 288 features, more than 100 screenings a day, and a vast selection of movies of every shape and size and genre. Those are all good things, right?

Right, until the lines reach epic lengths and lobbies get so jammed that even making your way to an exit is an exercise in endurance.

Toronto is always crowded on the opening weekend, but this year reached such epic heights of crowded-ness that “I’ve never seen it this bad” joined “What have you seen that you’ve loved?” as the most-uttered phrases in conversations between longtime TIFF-goers.

One programmer for a different festival probably had the right idea when he said, “I’m not even trying to see the big movies like ‘Gravity’ this year. I’ll see those later — I spend my time here going to the movies that nobody else wants to see, and it’s been great.” 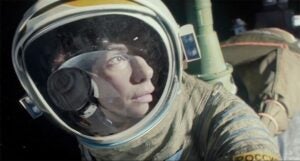 You’d be hard-pressed to find many critical bombs on the TIFF schedule this year. “12 Years a Slave” and “Gravity” lived up to their buzz, “Prisoners” and “Labor Day” and “Dallas Buyers Club” and “Enough Said” won many devotees, and on Sunday night Ron Howard‘s “Rush” got a standing ovation at Roy Thomson Hall for its kinetic look at the rivalry between two legendary Formula One race car drivers.

(In fact, you could say that “Rush” has joined “Gravity,” the non-TIFF title “Captain Phillips” and last year’s “Argo” and “Zero Dark Thirty” as exciting, smart major-studio titles that can actually figure in the awards picture and attract viewers.)

Meanwhile, the festival has showcased little gems like the foreign films “The Lunchbox,” “Ida” and “Gloria,” the documentaries “Tim’s Vermeer,” “Midway” and “Burt’s Bees,” the near-wordless survival drama “Canopy” and the wholly unclassifiable “Under the Skin,” a bizarre, creepy and oddly moving sci-fi puzzler with Scarlett Johansson (frequently naked, which will no doubt be used as a selling point down the line) as an alien who picks up men for reasons that have nothing to do with sex.

It’s enough to make you wonder if it wouldn’t be more fun for Toronto to throw in a debacle every so often (Madonna’s “W.E.” from TIFF ’11 comes to mind), just for variety’s sake.

But in fact, the steady stream of good movies makes for a strong and satisfying festival experience.

3. It’s only September, and already the Oscar race is too crowded.

One of the side effects of this being a strong festival is that few of the films that came in with Oscar hopes have seen those hopes dashed. Almost every significant movie has found at least one website to trumpet its premiere as a sign that something else has entered the race.

But there’s not going to be enough room in the race for half of them. Already, either at TIFF or earlier in the year, we’ve seen “12 Years a Slave,” “Gravity,” “Rush,” “Inside Llewyn Davis,” “Nebraska,” “Captain Phillips,” “All Is Lost,” “Fruitvale Station,” “Lee Daniels’ The Butler,” “Dallas Buyers Club” (above), “Before Midnight,” “Mud,” “Blue Jasmine,” “Blue Is the Warmest Color” and “Short Term 12,” among the films with Best Picture hopes that range from remote to likely.

Still waiting in the wings: “The Wolf of Wall Street,” “Saving Mr. Banks,” “American Hustle,” “Her,” “August: Osage County,” “The Monuments Men,” “The Secret Life of Walter Mitty” and “Foxcatcher,” just for starters.

If you just stick with women whose films have already screened, the Best Actress race is formidable, with Cate Blanchett in “Blue Jasmine,” Sandra Bullock in “Gravity,” Judi Dench in “Phiulomena,” Kate Winslet in “Labor Day,” “Brie Larson in “Short Term 12,” Adele Exarchopoulos in “Blue Is the Warmest Color,” Berenice Bejo in “The Past” and Felicity Jones in “The Invisible Woman,” among others.

And the Best Actor race already sports exceptionally strong performances from Chiwetel Ejiofor in “12 Years a Slave,” Tom Hanks in “Captain Phillips,” Michael B. Jordan in “Fruitvale Station,” Forest Whitaker in “The Butler,” Robert Redford in “All Is Lost,” Bruce Dern in “Nebraska,” Oscar Isaac in “Inside Llewyn Davis,” Matthew McConaughey in “Dallas Buyers Club” and Idris Elba in “Mandela” — and that doesn’t even count the performances that haven’t screened yet, including Leonardo DiCaprio in “The Wolf of Wall Street,” Christian Bale in “American Hustle” and Joaquin Phoenix in “Her.”

At this early date, it’s safe to say that a lot of deserving films and individuals are going to be left on the sideline this year. 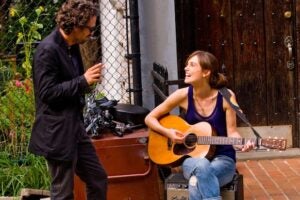 Sure, Toronto is known for Best Picture winners, for foreign films, for docs and dark indies. But what’s selling so far? Crowd-pleasing movies.

By far the biggest deal for a TIFF title was the Weinstein Company’s acquisition of John Carney’s “Can a Song Save Your Life?,” a delightful blend of drama and comedy from the director of “Once.”

With musical numbers ably performed by Keira Knightley, Adam Levine and others, and with a marvelously rumpled Mark Ruffalo as a down-on-his-luck record industry exec, the film drew standing ovations at its public screenings and is the kind of fresh, feel-good movie that seems destined more for the multiplex than the arthouse (though it will no doubt require careful handling.)

Also read: Toronto Review: ‘Once’ Director Finds Magic Twice With ‘Can a Song Save Your Life?’

You could say something similar about “The F Word,” which sources say has received multiple bids this weekend. The film is a small gem, a 21st Century spin on “When Harry Met Sally” with Daniel Radcliffe and Zoe Kazan as best friends who might be more than that.

You know where it’s going, of course, and real people aren’t as relentlessly witty as these two — but that doesn’t matter, because this is a smart, silly and utterly charming modern rom-com with some laugh-out-loud moments, abundant heart, two enormously appealing actors at its center and a gallery of appealing misfits and characters around the edges. Radcliffe is quickly putting Harry Potter in the rearview mirror, and Kazan, a year after deconstructing the rom-com genre with “Ruby Sparks,” embraces it – and as usual, she is a delight.

Meanwhile, Focus Features picked up Jason Bateman’s “Bad Words,” a gleefully profane lowbrow comedy that won’t be seen anywhere near awards season, but could be nasty enough to draw a few crowds.

Movies like these are the reason Toronto isn’t like Telluride or Venice, and why it attracts far more money than those fests. Instead of careful curation, TIFF offers one-stop shopping – and for now, to what should be the surprise of no one, the people with money are stopping and shopping in the commercial-movie aisle. 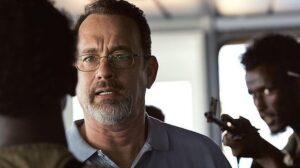 5. You don’t have to screen at TIFF to use TIFF.

Paul Greengrass’ “Captain Phillips,” with Tom Hanks in the true-life story of a cargo ship captain taken hostage by Somali pirates, has secured the opening night slot at the New York Film Festival, which begins on Sept. 27.

That means the film isn’t screening at TIFF … but it doesn’t mean that it isn’t screening simultaneously with TIFF. Beginning just before the Toronto kickoff, Sony and producer Scott Rudin started aggressively screening the film in Los Angeles, New York and other markets.

Typically, reviewers and reporters who attended screenings like those would be embargoed from sharing their reactions until around the time the film had its festival premiere. But this time, the embargo lifted on Sept. 5 — the day after the opening of TIFF, when the eyes of the entertainment industry were focused on the movies that were screening in Canada.

Were the screenings, and the early embargo lift, a sign of confidence in a tense, strong and surprisingly emotional movie? Certainly. Were they also an attempt to use Toronto, to steal a little thunder from the films screening at that festival by lifting the floodgates on reviews of a movie that wasn’t there? Sure.

Sony and Rudi used the tactic before, scheduling numerous screenings of “The Social Network” (another NYFF opening-night move) just as TIFF was starting three years ago. That film won raves and dominated the critics’ awards, but lost the Oscar to a movie that did screen in Toronto, “The King’s Speech.”