There’s no question whose footsteps you’re walking in if you create an anthology TV series that uses the horror genre examine societal issues: The late-1950s and early ’60s show “The Twilight Zone” became an all-time classic doing just that, and its creator, Rod Serling, casts a long shadow over the TV-horror landscape.

Vera Miao knew that when she pitched Stage 13 on the idea for what she told then would be “sort of ‘The Twlight Zone’ updated for the current day.” The result was “Two Sentence Horror Stories,” a collection of creepy 20-minute tales that puts a different spin on Serling’s creation over three seasons that aired on The CW and are available on Netflix.

“On one hand, I wanted it to be familiar,” Miao told awards editor Steve Pond during TheWrap’s Emmy Screening Series presentation of “Two Sentence Horror Stories.” “And if it ever came within a tiny fraction of proximity to the outer rim of ‘The Twilight Zone,’ I’d be ecstatic. But the way I wanted it to stand out was in the point of view and the perspectives that were centered in the story. Who was coming up with these ideas, and what worldview was driving the conversation about what the real horrors are in the current day?” 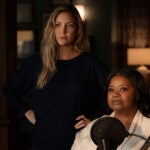 To that end, “Two Sentence Horror Stories” has a writers’ room that is 100% female and 80% BIPOC, and its episodes often deal with underrepresented communities and are made by directors and crew that are LGBTQ and people of color.

“One of the things I’m really proud of with the show is that we brought a ton of people into the Writers Guild and the Directors Guild by hiring them on the show,” Miao said. “As opposed to being like, ‘Well, because it’s a network television show, we should hire people with previous network television experience.’ That’s great if it makes sense, but it’s not primary on my list of priorities. If the spirit of the show is centralizing people who aren’t typically centralized in stories to give a fresh perspective on the creative, you want to see it all the way through, including in your hiring.”

The discussion focused on several of this season’s episodes, including “Plant Life,” in which an overworked young man is addicted to high-tech gadgetry to run his life until his frustrated boyfriend shows up with a plant that gradually takes over; “Crush,” about a pair of elderly twin sisters who live in an insanely cluttered mansion (think “Grey Gardens”) but aren’t as fragile as they first seem; and “Toxic,” in which a trip into the woods by a group of teenage boys turns deadly.

“I was told it was about toxic masculinity and toxic friendship,” “Toxic” director Chase Joynt said, “but I also read the pages through the lens of white supremacy, and also a kind of radicalized misogyny that often gets (dismissed) through phrases like, ‘Boys will be boys.’” 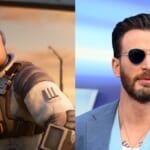 The twins story “Crush,” meanwhile, was directed by Kaylie and Sam Spear, who are themselves twin sisters. “It was such an amazing experience to be twins directing twins, and to bring that experience onto the screen,” Kaylie said. “You rarely see twins represented as actual human beings, individual humans …”

“Individual human beings with a different kind of complicated relationship,” Sam added. “So to bring that to the screen was a dream. And also, old age on screen, you don’t often see in the centerpiece.”

The episodes were all shot with five days of prep and five days of shooting, and then composer Brittany Allen had a week or two to write music that is often dramatically different from one episode to the next. “It’s both the challenge and the joy of scoring an anthology,” she said. “You do get to try something new with every episode and really go, ‘OK, what is the sound of this episode?’ But what I love is that it’s a combination of pushing the bounds of sound through the horror, but also (finding) the heart of the story.”

Back in the 1960s, watching “The Twilight Zone” was a way to not only get some scares but also tap into the fears and anxieties of that particular era. And the creators and filmmakers of “Two Sentence Horror Stories” said they feel the same way about their show’s connection to our current time.

“If you’re making a horror show or a horror movie or anything, and you’re not tapping into some very present, conscious, real fears in society, you’re probably doing something wrong,” said Guy Pooles, the director of photography for “Plant Life.” “It’s pretty clear with each episode what societal topic is being dealt with, and it’s really cathartic to work with directors through these fears and anxieties.” 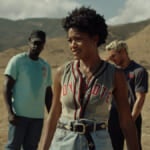 “Two Sentence Horror Stories” recently hit 103 million in total views for the franchise. So does Miao have lots more sentences ready to go for future seasons and episodes?

“Oh, those suck!” she said, laughing. “Coming up with those sentences – I don’t know what I was thinking about when I came up with the idea. It was a terrible, terrible idea.”

She laughed again. “They’re so hard. I was like, ‘Oh, what an interesting literary device,’ but shoot me now that we decided to make them up for every episode for multiple seasons. So I probably don’t have a bunch of two-sentence horror stories in my back pocket, because those are excruciating to construct.” 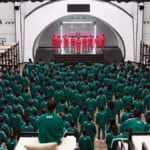