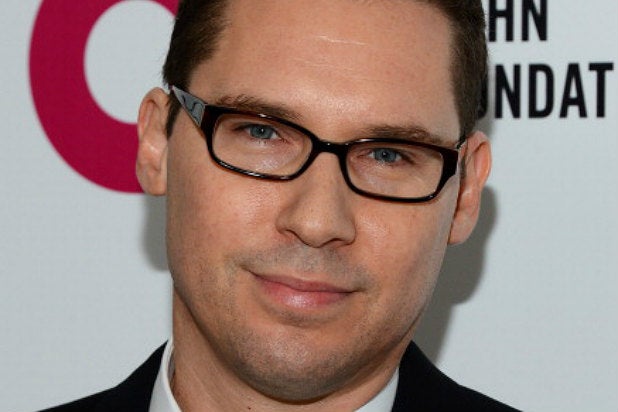 “X-Men” director Bryan Singer is being accused of drugging, raping, and using his power to exploit a teenage boy in a lawsuit filed Wednesday, according to court documents obtained by TheWrap.

According to the lawsuit filed in federal court in Hawaii, plaintiff Michael Egan, who was named in a press release by his lawyers, was 17 when he was forcibly sodomized by Singer, among other accusations.

Defendant, BRYAN JAY SINGER, manipulated his power, wealth, and position in the entertainment industry to sexually abuse and exploit the underage Plaintiff through the use of drugs, alcohol, threats, and inducements which resulted in Plaintiff suffering catastrophic psychological and emotional injuries. Defendant Singer did so as part of a group of adult males similarly positioned in the entertainment industry that maintained and exploited boys in a sordid sex ring. A Hollywood mogul must not use his position to sexually exploit underage actors.

An attorney for Singer said the lawsuit was “completely without merit.”

“We are very confident that Bryan will be vindicated in this absurd and defamatory lawsuit,” said Martin Singer. “It is obvious that this case was filed in an attempt to get publicity at the time when Bryan’ s new movie is about to open in a few weeks.”

The suit alleges Singer provided Egan with drugs and alcohol and flew him to Hawaii for sex on more than one occasion in 1999 where Singer continued to “anally rape” him, and claims that Egan was not the only underage boy who was abused.

Plaintiff has requested a jury trial and is seeking an unspecified amount in damages for charges of intentional infliction of emotional distress, battery, assault, and invasion of privacy by unreasonable intrusion.

The lawsuit was filed a month before the release of Singer’s next movie, “X-Men: Days of Future Past,” is due in theaters. Fox, which is releasing that film, told TheWrap in a statement: “These are serious allegations, and they will be resolved in the appropriate forum. This is a personal matter, which Bryan Singer and his representatives are addressing separately.”

The abuse allegedly began in 1998, shortly after Egan was lured to parties at a house in Encino, Calif. where a high school friend lived, the lawsuit claims. The house, known as the M & C Estate, was often the site of “notorious parties” where adult males allegedly preyed on young boys, the lawsuit claims.

According to the lawsuit, Egan was a model and aspiring actor.  The documents claim Singer told Egan at one such party that “the adults who resided in or frequented the M & C Estate controlled Hollywood and could decide whether Plaintiff’s career aspirations and hopes would be realized” and was also present when Egan was warned to keep those men “happy” or else he and his family were in danger.

The men supposedly told Egan they were sure he was homosexual according to their “gaydar,” even though Egan told them he was straight, and plied him with drugs and alcohol against his will and often without his knowledge.

“Plaintiff was often forced to consume alcoholic beverages and drugs, and was also surreptitiously administered drugs when they were placed in beverages that he consumed,” the lawsuit reads.

See photo: 49 Summer Movies on Our Radar: From ‘Amazing Spider-Man’ to Tina Fey’s Next Comedy

One of the men who allegedly lived at M & C Estate, former Digital Entertainment Network chairman Marc Collins-Rector, is accused of initiating the sexual abuse of Egan and arranging for Singer to assault Egan as well.

Collins-Rector, a convicted sex offender who pled guilty in 2004 to luring five minors across state lines to have sex with them, was also accused of holding a gun to Egan and threatening to fire if he continued to resist submitting to sexual contact.

That threat supposedly convinced Egan to continue complying with Singer’s alleged requests for sex when he was flown to Hawaii. Singer also allegedly promised acting roles to Egan if he complied.

Defendant Singer promised acting roles to Plaintiff in an ‘X-Men’ movie, in commercials, and in other of his projects, and professed that he would arrange for Plaintiff to audition for roles and projects in others’ productions. Often when Plaintiff dared to resist the demands of Defendant Singer, he threatened to report Plaintiff’s refusals to Collins-Rector which frightened Plaintiff due to Collins-Rector’s history of threatening harm to him and his family, his previous display of the firearm, his having previously locked Plaintiff in a gun closet, and the presence of firearms in the Paul Mitchell estate.

During the first Hawaii trip, Singer allegedly “put a handful of cocaine against Plaintiff’s nose and forced him to inhale it” and “provided Plaintiff with a beverage which he drank which significantly impacted his consciousness and his motor skills” before anally raping him twice.

Attorney Jeff Herman said he planned to file more lawsuits against Singer and others involved in the alleged parties.

“Hollywood has a problem with the sexual exploitation of children,” Herman said. “This is the first of many cases I will be filing to give these victims a voice and to expose the issue.”

Herman previously represented the five plaintiffs who accused Sesame Street Elmo puppeteer Kevin Clash of sexually abusing them. Three of the suits were dismissed due to the statute of limitations running out, however, the plaintiffs vowed to appeal. One other plaintiff dropped his complaint, and a fifth plaintiff’s suit is currently active.

Clash resigned from Sesame Street in November 2012, after the second accuser filed suit against him.