As 2013 comes to a close, both Bravo and Oxygen experienced year-over-year growth under Berwick. “We had a good number of shows that did very well,” she told TheWrap.

Bravo is celebrating its eighth consecutive year of growth among its target demographic, adults 18-49, and in total viewers. It’s also ranked No. 10 among ad-supported cable channels for that key demo.

Among the successes were the freshman summer series, “Below Deck,” about the crew of a luxury charter yacht, and “Newlyweds: The First Year,” which followed couples through their first anniversary. The shows earned 1.7 and 1.3 million total viewers, respectively, and Bravo renewed both shows for second seasons.

“It actually surprised us with how well [‘Below Deck’] did,” Berwick said. “We thought it was a nice summer series and it really performed very well. I think people liked that tension between the crew and the rich people on the yacht.”

Bravo’s biggest programming boon needs no real introduction. Its “Real Housewives” franchise makes sure of that. Once believed unstoppable, its canceled D.C. and ratings-challenged Miami offshoots have proven that there are chinks in the armor.

“There is still very much interest in the show,” Berwick pointed out. “I think we are constantly focused on keeping each of the casts relevant and fun, with new stories each season. We do that with a variety of different mechanisms.”

Atlanta remains its most-watched series. The current sixth season averages 3.8 million viewers, 2.2 million of them in the network’s key demo. 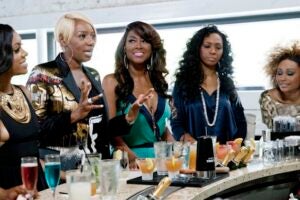 “I think that’s about the composition of the characters on the show,” Berwick said. “We love the cast. We kept that one intact from the prior season. On some of the other casts, including some of the upcoming ones and Beverly Hills which is up now, we changed it up a bit. We’re very focused on relatable women who are also aspirational.”

Other shows performing well for Bravo include “Real Housewives of Beverly Hills” spinoff, “Vanderpump Rules,” and “Married to Medicine,” about women in the Atlanta medical community, including doctors and doctors’ wives.

While Bravo is easily one of the most recognizable brands in unscripted television, Oxygen — which originally counted Oprah Winfrey as one of its founders back in 1998 – hasn’t found its identity to the same extent. NBCU purchased Oxygen in 2007, and Berwick said there’s work to do to define the Oxygen brand. 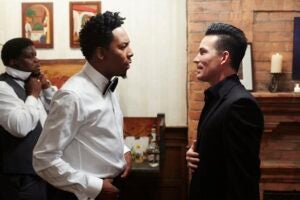 That doesn’t mean Oxygen doesn’t have its hits. “Preachers of L.A.” became Oxygen’s most-watched freshman series in the network’s history, averaging 1.03 million viewers and 644,000 viewers in the Adults 25-54 demo.

“We’ve had a tremendous amount of success this year recently with ‘Preachers of L.A.,’ really an out-of-the-gate huge hit for us,” the network’s president explained. “We were building that audience for five weeks in a row and really those characters resonated with our viewers. I think that’s the foundation of where we can go. We’re definitely appealing to young women.”

Also resonating with Oxygen viewers this past year were its long-running “Bad Girls” franchise, “My Big Fat Revenge,” and Naomi Campbell‘s modeling competition, “The Face.”

The network is targeting women in the 18-34 and 18-49 demos. Currently, Oxygen has the youngest median female audience in primetime by about eight years at 36.8 years old. Berwick also hopes for a more upscale audience.

“I can’t go into the specifics of that yet, but it will absolutely be focused on young women,” she said. “And that’s a particular demographic that’s arguably underserved right now. Really, there’s nobody else catering to that audience. These millennials have a different mindset from any of the generations before them. They’re certainly very different from Gen X and Gen Y. I think there’s definitely an opportunity there.”

As for its Bravo Now mobile Now app, the network saw an astounding 99 percent increase over last year.

Oxygen has its highest year ever in terms of full episode video streams, with 13.5 million streams for 2013 to date.