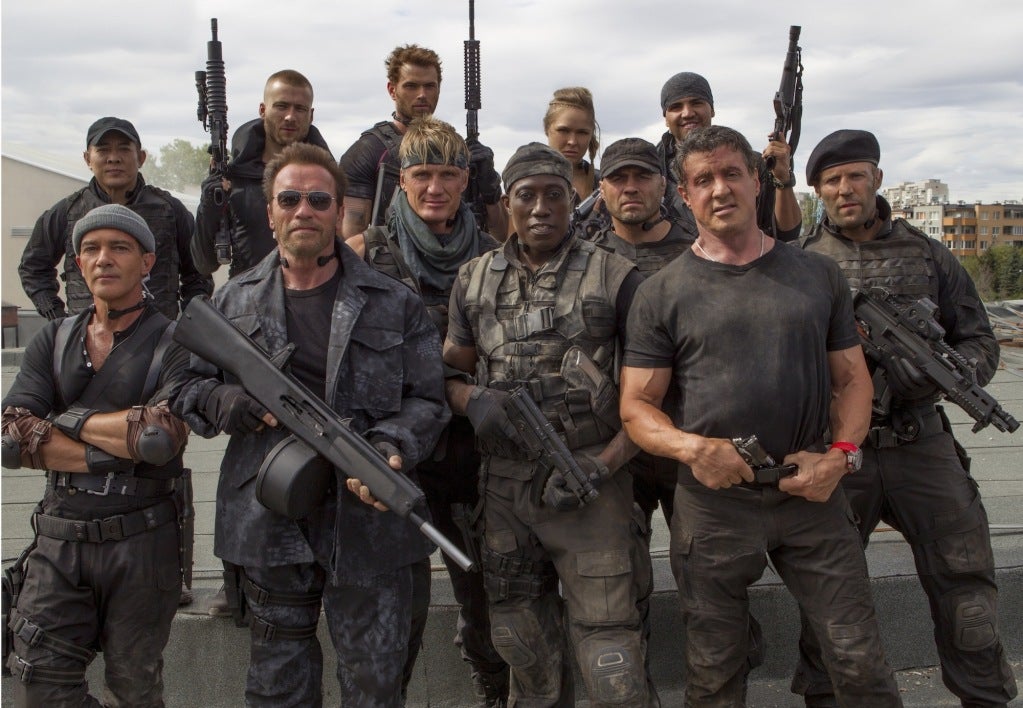 The 2014 box office is down about four percent from last year and it has hit some historic lows along the way, but there haven’t been any megabombs.

“The Expendables 3,” the most recent installment in Sly Stallone’s bad-ass geezer action series from Avi Lerner‘s Millennium Films and Nu Image, came close. It had a $90 million production budget but opened to just $15.8 million in August, after a hacked version of the film was leaked online weeks before it opened. It limped to $39 million domestically for distributor Lionsgate, but did better overseas with $167 million.

This year stands in stark contrast to 2013, which was the biggest box-office year in history but still saw several very pricey would-be blockbusters take major belly flops. Disney’s “The Lone Ranger,” Sony’s “After Earth” and and Universal’s “R.I.P.D.” all cost well over $100 million and didn’t get close to the black theatrically.

Also read: From 'The Giver' to 'Winter's Tale': Biggest Box-Office Duds and Disappointments in 2014 (Photos)

“Nobody sets out to make a bomb,” said Rentrak Senior Analyst Paul Dergarabedian. “When studios devote that much money and energy, all the intentions are good, and they’re trying to create the biggest cinematic experience. But the reality is, to win big you’ve got to bet big, and you’re going to have some misses.”

Though this year has seen none of those huge-budget bombs, there have been plenty of tankers.

Johnny Depp‘s sci-fi film “Transcendence,” which cost $100 million, opened to less than $11 million and topped out at $23 million domestically for Alcon Entertainment and Warner Bros.

Paul W.S. Anderson‘s volcano saga “Pompeii” also had a $100 million, production budget and opened to just $10 million on its way to a tepid $23 million domestic haul for Sony’s TriStar.

Lionsgate’s sword-and-sandals epic “The Legend of Hercules” had a production budget of $70 million and it finished with $61 million worldwide after opening to an anemic $8.8 million in January. Two weeks later, the studio opened the $65 million Aaron Eckhart horror film “I, Frankenstein” and it lurched to an $8.6 million opening and finished with $71 million worldwide.

Those were box-office bummers, but none were bad enough to cause $160 million writedowns, as “The Lone Ranger” did for Disney, or cost executives their jobs, as “After Earth” and “White House Down” did at Sony.

Some of it is because there weren’t as many expensive movies released. There have been 22 films with production budgets higher than $100 million released widely so far this year, compared to 33 at the same point in 2013, according to Box Office Mojo.

“You don’t always have to spend big to win big, though some genres by nature require you to spend more,” Dergarabedian said. “I don’t think anyone really wants to see a $20 million superhero movie or space epic.”

He noted that the studios largely held the line on spending on comedies in particular, which makes getting into the black easier and can cut losses if things go south. The Cameron Diaz-Jason Segel comedy “Sex Tape” for example disappointed with just $38 million domestically, but because of its relatively modest $40 million budget, it wasn’t a financial disaster for Sony.

Also read: Why Hollywood Is Making Bank on Cut-Rate Comedies

And all of the year’s most expensive films delivered at the box office, including “Transformers: Age of Extinction” ($225 million production budget), “The Amazing Spider-Man 2” ($225 million), “X-Men: Days of Future Past” ($200 million) and “Maleficent” ($180 million).

The next tier of blockbusters, which cost $170 million and included “Captain America: The Winter Soldier,” “Dawn of the Planet of the Apes” and “Guardians of the Galaxy, all scored as well.

Box office records are great, but a positive bottom line is even better for the studios, and at least partially defusing some major bombs by holding the line on spending is a part of the equation.

“Profit margins may not seem as sexy as the box office, but are more important at the end of the day,” said Dergarbedian. “And dealing with some of the misses is reality of this business.”

For the record: A previous version of this story attributed an incorrect production budget to “Expendables 3.” TheWrap regrets the error.