With the so-called streaming wars in full swing, the key to staying competitive is for platforms to have quality content on constant rotation. Judging by this month’s movie titles, Amazon Prime Video is up for the challenge. May’s collection has something for everyone, whether it be big-hearted comedies, classic ‘90s dramas or critically-acclaimed indies. There’s even a special collection of films to keep you in the Mother’s Day spirit all month long.

Here are some of the best movies streaming on Amazon Prime in May 2022.

From “Mamma Mia” to “Freaky Friday,” Amazon’s Mother’s Day Collection is a crowded field, but nothing tops “Lady Bird.” Greta Gerwig’s beloved coming-of-age film stars Laurie Metcalf and Saoirse Ronan as a tough-loving mother-daughter duo. Lady Bird (Ronan) dreams of leaving her native Sacramento to go to college in a big city, while her mother tries to keep her head out of the clouds and close to home. Along with those Oscar-nominated performances, “Lady Bird” launched several of its cast members – including Beanie Feldstein and Timothée Chalamet – to stardom, and featured veteran talent like Tracy Letts. A funny valentine to hometowns, you’ll want to give your mom a big hug after watching this one.

If you’re looking for something to watch with the whole family, you can’t go wrong with “Shrek.” Since Amazon Prime has the first (and best) two films in the franchise, you might as well make it a double feature! The animated feature takes all the classic fairy tales and turns them inside out with the story of Shrek (Mike Myers), an ogre who begrudgingly leaves his swamp to rescue Princess Fiona (Cameron Diaz) from a dragon-guarded tower with his noble steed Donkey (Eddie Murphy) by his side. The sequel hilariously unravels the concept of “happily ever after,” thanks to Fiona’s parents and a pesky fairy godmother. When you’re not laughing or tearing up, you’ll be singing along to the films’ killer soundtracks.

Frances McDormand has starred in several of the Coen Brothers’ films, but her Oscar-winning performance in “Fargo” is a real treat. In it, she plays Marge Gunderson, a pregnant police chief who investigates a series of murders that take place when a debt-ridden car salesman (William H. Macy) plots to have his wife kidnapped to swindle ransom money from her rich father. Tough, humane and sporting a thick Minnesotan accent, her character helps the film walk a line between black comedy and crime drama. “Fargo” is essential viewing for any Coen Brothers fan, and a great start for anyone new to their work. 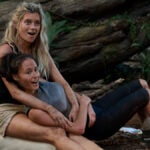 For a decidedly darker crime drama, consider watching “Gone Girl.” Directed by David Fincher and written by Gillian Flynn (who also authored the novel), the film centers on a novelist named Nick Dunne (Ben Affleck) and his wife Amy (Rosamund Pike). Their image as a perfect couple shatters when Amy goes missing on their 5th wedding anniversary and Nick becomes the prime suspect. As the world turns its eyes on the case, Amy and Nick’s dysfunctional game of cat and mouse drags down everyone in their orbit. The star-studded cast includes Tyler Perry, Neil Patrick Harris, Carrie Coon and Emily Ratajkowski. Pike received an Oscar nomination for her bone-chilling performance, but it’s also some of Affleck’s strongest work.

Fans of “Red Rocket” and “The Florida Project” should check out Sean Baker and Chris Bergoch’s “Tangerine.” As legend goes, the audience at Sundance gasped when they learned the entire film had been shot on iPhones. However, the film is no gimmick. “Tangerine” follows two transgender sex workers, Sin-Dee Rella (Kitana Kiki Rodriguez) and Alexandra (Mya Taylor) who go on a Christmas Eve revenge spree when they learn that Chester (James Ransone) has been cheating on Sin-Dee. “Tangerine” is a buddy comedy at heart, boosted by its talented cast and Baker’s knack for telling stories about underrepresented communities. 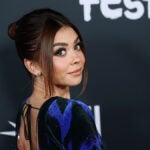 It’s hard to overstate just how big a splash “Blackfish” made when it debuted in 2013. The documentary focuses on Tilikum, an orca whale that was involved in the deaths of three people, as part of a larger investigation into orca captivity. Not only was Gabriela Cowperthwaite’s documentary a critical and commercial success; it also had a major fiscal impact on SeaWorld, galvanized new animal welfare legislation, and eventually brought an end to orca breeding and live orca shows at SeaWorld.

Anyone in need of a pick-me-up should be able to find it in “A League Of Their Own.” The Penny Marshall dramedy revolves around an all-female baseball league that forms during World War II. Geena Davis and Lori Petty play sisters who compete with one another and teammates played by Madonna and Rosie O’Donnell, among others. Tom Hanks, Garry Marshall, David Strathairn, Bill Pullman and Jon Lovitz round out the star-filled roster.