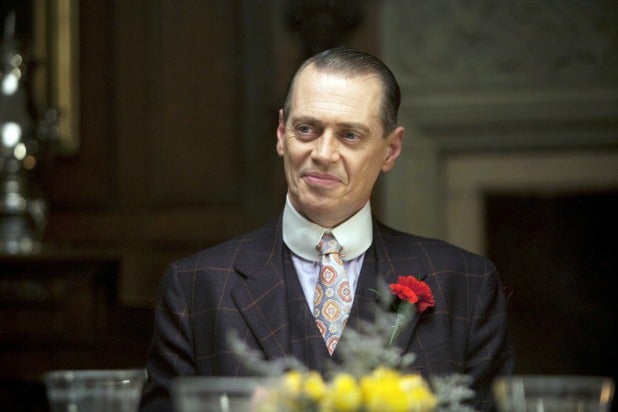 Elegant, self-assured and gloomily quiet for long stretches at a time, “Boardwalk Empire” is one of the most understated and underrated shows in television history. It lulls us into believing it’s another lilting historical drama.

“Boardwalk Empire” is ruthlessly, irredeemably brilliant. It has no sentimentality or nostalgia. It refuses to comfort us, spare the lives of beloved characters, or make any of the usual basic artistic concessions to make us like it. Nothing lasts.

The 1920s-set series enters its fifth and final season Sunday with yet another surprise execution: It is no longer set in the 1920s. I won’t say more than that, because I’d hate to deny you the bittersweet pleasure of seeing how creator Terence Winter and his masterful team have set us up for heartbreak yet again. Several years’ worth of stories are gone.

Those who watched last year know that the show’s greatest character is gone, too. Lots of people we despise are back, and thriving. Steve Buscemi‘s Nucky Thompson is trying to reinvent himself yet again. After learning long ago that you can’t be half a gangster, he’s trying to go 100 percent legitimate businessman.

He has a new bodyguard who has, shall we say, an eerie manner of dispatching would-be assassins. Nucky continues to cross paths with some very compelling historical figures, one of whom, this season, is a Wall Street tycoon from Boston. His relationships remain complex and frustrating.

But he’s in much better shape than Chalky White (Michael K. Williams) and Gillian Darmody (Gretchen Mol), both of whom are still reeling wretchedly from the events of Season 4. Stephen Graham’s Al Capone is riding high — but we all know where he’s going.

A little Wikipedia investigation only makes “Boardwalk” more impressive. Occasionally I find myself wondering why a given character is on the show — is it only to distract me from the compelling arcs of Nucky, or Chalky, or Harrow, God rest his soul? And then I realize that while I’ve been focusing on these fictional characters, the nonfiction ones who occupy the background — like Capone — have been subtly playing out the true origin story of organized crime.

You don’t need to pay attention to the authentic background characters, or the glorious music, or the exquisite clothes, or even the textured dialogue to appreciation the majesty of “Boardwalk.” In fact, you can strip away the majesty — which the show loves to do — and still have a killer drama. It’s the pitiless story of men who can’t change, and women who really can’t change, thanks to the oppression of the day.

Well, maybe one can: Kelly MacDonald‘s Margaret Thompson has gone from poor, abused immigrant, to the wife of one crime boss, to the employee and co-conspirator of another. The third episode of this season finds her playing on old affections, trying to make another transformation.

Here’s a small prediction that it will turn out tragic, like everything on “Boardwalk Empire” does.