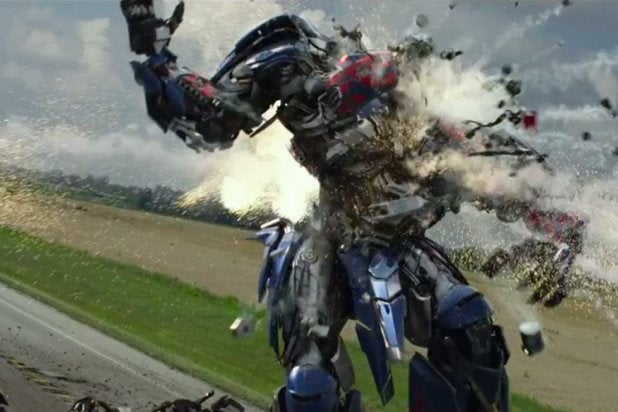 “Transformers: Age of Extinction” may be breaking box office records in China, but not everyone there is happy about the film. A tourism company has announced their intentions to file suit against Paramount Pictures, according to the Associated Press.

In a statement sent to the AP, Chongqing Wulong Karst Tourism Co. Ltd. said it is filing suit because producers had promised that the company’s logo would be featured prominently in the film, and the company feels that promise was broken. Scene shots of Wulong were interspersed with shots from Hong Kong and other tourist spots, creating confusion for viewers, according to the company.

The company plans to file suit against Paramount Pictures and one of its Beijing-based partners in the film, 1905 Internet Technology Company. It is the second such suit filed in China as a response to the film, which is on its way to becoming the country’s highest-grossing film of all time.

See video: Why ‘Transformers: Age of Extinction’s’ Huge China Opening Is a Game Changer for Hollywood

Last month, a property developer in Beijing filed a suit that also had concerns with how its property was featured in movie trailers and posters, as well as alleged pledges to hold the premiere at its hotel, but that case was resolved amicably between the two parties.

“Transformers: Age of Extinction” has now grossed more money outside of U.S. markets than in, with China leading the way. “Transformers” has earned just shy of $213 million in China, according to Box Office Mojo, compared to $175 million domestically. The film features prominent Chinese talent, as well as scenes set in the country.

It is expected to surpass 2010’s “Avatar ($218 million) as the highest-ever grossing film in the country soon. “Transformer’s” foreign total has just surpassed $400 million, which is nearly 70 percent of its total grosses.