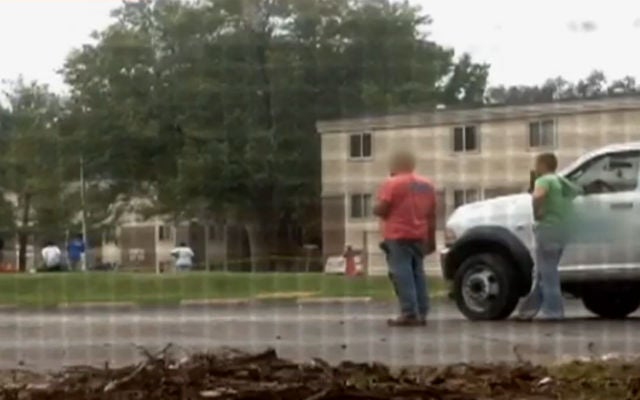 “He had his fuckin’ hands up,” one witness says on the tape. He then says he saw Brown’s “brains come out of his head.”

Both men were contractors doing work in the neighborhood. They are speaking out to CNN but asked not to be identified.

Standing about 50 feet away, the witnesses can be heard just moments after Officer Darren Wilson opens fire.

The other contractor says he saw Brown running in the direction away from the police car. He then “put his hands up,” according to the man.  That’s when the witness says Wilson fired at Brown.

Ferguson police allege that 18-year-old Brown stole cigars from a local convenience store before he was shot.

Watch the new cell phone video in the CNN video below.